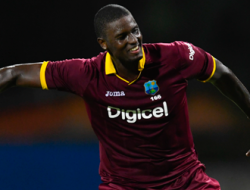 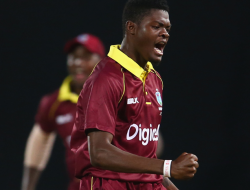 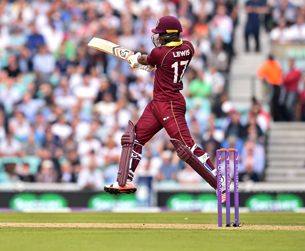 Coming into The Oval ODI, West Indies’ openers averaged 23.59 runs per dismissal in the period since the 2015 World Cup. That average was the worstamong all teams in these two-and-a-half years – it was lower than the UAE (25.36), Papua New Guinea (25.58), and Hong Kong (27.00), among other teams. In one magnificent innings, Evin Lewis has lifted that average by almost two-and-a-half runs, to 26.04.

Since the 2015 World Cup, there have only been two hundreds by West Indies’ openers, and Lewis has contributed both – he had also scored 148 versus Sri Lanka in Bulawayo last year. While he averages 36.50 since the World Cup, the other West Indies openers collectively average 22.49.

Lewis’ unbeaten 176 is the fourth-highest ODI score for West Indies, next only to Chris Gayle’s 215, and Viv Richards’ 189 not out and 181. It wasn’t just the runs he scored, though; it was also the manner in which he lifted West Indies from a tricky 33 for 3. He played within himself till he reached his century, which still came off 94 balls but contained no six. Thereafter, he exploded, with 76 off the next 36 balls, including seven sixes and four fours.

Among the England bowlers, the only one who went at under seven an over against him was Chris Woakes, who conceded 25 from 28. Adil Rashid leaked 40 from 26.

Lewis two hundreds in ODIs have yielded 324 runs; the only batsman with more runs from his first two ODI centuries is MS Dhoni, whose first two tons fetched 331 runs (148 and 183*). The problem for Lewis in his ODI career is his lack of consistency. His two hundreds have been big ones and fetched him 324 runs, but his other 18 innings have yielded only 326.

When he does get going, though, the results are spectacular. His runs at The Oval, and the partnerships with the two Jasons – Mohammed and Holder – ensured West Indies scored 323 runs after the fall of the third wicket, the third-highest in any ODI. Of the top seven such totals, four have come in 2017.

There were century stands for the fourth and fifth wickets, the first time West Indies have ever achieved this in ODIs, and only the ninth such instance among all teams. The net result of all that heavy hitting was a grand total of 356, West Indies’ fourth highest in ODIs.