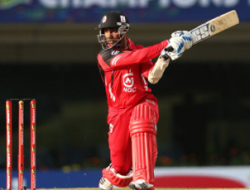 The BCCI expects to recoup losses sustained when the Windies ended their tour of the country early in October due to a pay dispute.

“I don’t think the BCCI will be that severe on us,” Lara told BBC Sport.

“I believe West Indies cricket will be alive. I don’t think anybody has the intention to end our game.”

Lara, who played 131 Tests and scored 11,953 runs, says the cost of the threatened legal action is “way beyond” West Indies cricket.

But while the BCCI outlined their desire to play a “positive role” in resolving the issue in a recent letter to the West Indies Cricket Board (WICB), they also stated they would use the “fullest extent permissible in the law” when making their case.

“There are implications and I believe the West Indies Cricket Board have found themselves in this situation because they have not learned from the past,” added Lara, 45, who retired from the international game in 2007.

“There have been many little quarrels between players and board but it’s the first time they are perhaps facing something as severe as this.

“We’ve got some of the best talents in the world, so I believe West Indies cricket is going to survive and it’s now about how we take this forward.”

The Windies left India after the fourth one-day international on 17 October because of a dispute between board and players over an agreement which covers both pay and conditions.

Three Tests, the last match of the one-day international series and a Twenty20 international were not played and India responded by suspending tours of the West Indies, with one initially scheduled to start in February 2016.

England are also due to tour West Indies early in 2015, with a three-match Test series scheduled to start in April, but Lara expects a swift resolution to the current stand-off between board and players.

“I believe England are safe, they can book the hotels and feel very comfortable,” he added. (bbc sports)