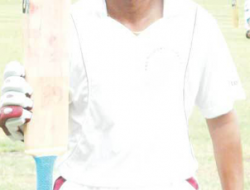 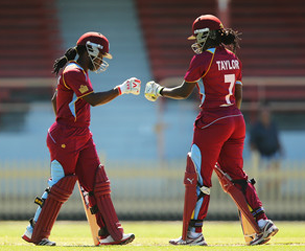 VIJAYAWADA, India, CMC – West Indies Women were left sweating on automatic qualification for next year’s ICC 50-overs World Cup in England, after crashing to a 15-run defeat to India Women in their must-win final One-Day International of the three-match series here Thursday.

Set 200 for victory at the Mulapadu Cricket Stadium, the Caribbean girls were dismissed for 184 at the start of the final over, to concede the series 3-0 and further endanger their chances of an automatic berth at the ODI showpiece.

They appeared on course at 166 for four in the 45th over but shockingly lost their last six wickets for just 18 runs to fall apart down the stretch.

Kycia Knight struck form with a top score of 55 and teenaged opener Hayley Matthews stroked a breezy 44 from 53 deliveries. But of the remaining specialist batsmen, only former captain Merissa Aguilleira with 22 managed to pass 20, as the Windies Women’s batting let them down yet again.

Left-arm spinner Rajeshwari Gayakwad was the main bowler for the hosts with four for 34, and was especially instrumental at the death taking three of the six wickets to tumble.

The defeat was the Windies Women’s last chance to secure the two ICC Championship points required to seal a top four position in the standings and gain automatic World Cup qualification.

They were definitely in the hunt early on when they reduced India Women to 52 for three in the 21st over but Veda Krishnamurthy turned it around for the hosts with a brilliant 71 off 79 balls.

She stroked ten fours and anchored two half-century stands which all but deflated the Windies women. First, Krishnamurthy put on 51 for the fourth wicket with Harmanpreet Kaur who made 19 and then added a further 57 for the fifth wicket with Devika Vaidya who hit an unbeaten 32 from 45 balls.

Even when she perished in the 45th over becoming the second of Chedean Nation’s two wickets, Vaida and Jhulan Goswami (18 not out) dished out more torment in a 39-run, sixth wicket partnership off just 24 balls.

West Indies Women then got a great start from Matthews who inspired a 49-run opening partnership with Shaquana Quintyne who made 18.

The right-hander, who faced 53 balls and counted nine fours, put on another 20 for the second wicket with Knight before she was second out, lbw to Gayakwad in the 19th over.

Knight put on 27 for the third wicket with captain Stafanie Taylor whose run of poor form continued when she was dismissed for 14.

And when Deandra Dottin followed soon afterwards for 14 at 120 for four the Windies were stuttering but Knight and Aguilleira combined in a 46-run, fifth wicket partnership to raise the visitors’ hopes.

Knight faced 94 balls and struck five fours while Aguilleira produced a cameo which included three fours and a six off 26 deliveries.

The momentum seemed to lie with the Windies Women with 34 runs required from 33 balls but Aguilleira’s run out in the 45th over, triggered the sharp decline.

B Cooper b Gayakwad 2

A Fletcher run out 2

A Mohammed b Gayakwad 3

S Selman not out 0