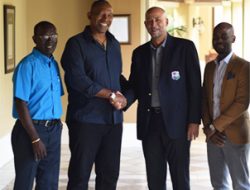 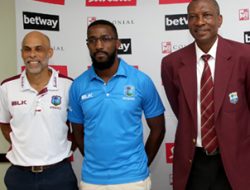 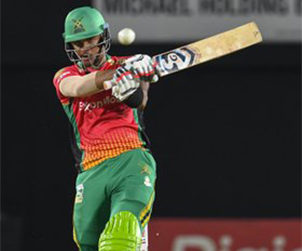 Newcomers Hayden Walsh Jr and Brandon King both expressed great delight to be named in the West Indies Twenty20 and One-Day International squads for the upcoming series against Afghanistan in India.

The tour will run from November 1 to December 2 and the West Indies will face the home side in:

Walsh, who grew up in Antigua and honed his skills on the island, was the leading wicket-taker in the recent Caribbean Premier League. The leg-spinner took 22 wickets – six more than the next best bowler – for champions Barbados Trident. King, who graduated through the ranks in Jamaica, was the leading batsman with 496 runs for Guyana Amazon Warriors, who lost the final to Barbados after playing unbeaten in the preliminary rounds.

The tall, elegant right-hander patterns himself on Ramnaresh Sarwan, the former Guyana and West Indies captain. The 24-year-old played is a graduate of the Campion College in Jamaica and a member of the prestigious Kingston Cricket Club.

“I was in the West Indies ‘A’ team against India ‘A’ – they had a very good team – and I was in a groove going into the CPL tournament. I carried on and those performances were mainly responsible for me being selected. I was fully focused from the start. As athletes we pride ourselves on facing the challenges and conquering them so I’m hoping to continue to make strides,” King added.

Walsh has a strong family background in sports.

His father, the late Hayden Walsh Snr, played in the Leeward Islands team in the 1980s and 1990s, while his uncle Vaughan Walsh also played for the Leewards as a feared fast bowler. Two other uncles, Wade and Audwin also represented Antigua and Barbuda in the sub-regional Leeward Islands tournament.

“It’s one of those boyhood dreams that me and my younger brother Tahir had – he went to be a star in track and field – and I stuck to the cricket. When I got the call-up my mind flashed back to when we played in the yard with my father, and we were imagining what roles we would play in the West Indies team. Today, my dream is reality, and I’m really proud to be named in the West Indies team. This is just the beginning. I’m just looking forward to getting onto the field and making a name for myself and helping West Indies win – that the main goal,” Walsh said.

“It’s going to be a step-up. I’m going to have to zone in and bring my ‘A’ game. I’m confident I can do whatever the team requires of me. Also, we have a few payers I have played with in the team and I’m familiar with everyone in the West Indies systems, so I know I will fit in with the team unit.”

Walsh attended the Antigua Grammar School and is a member of Liberta Cricket Club in Antigua where he is team-mate of Rahkeem Cornwall, who was named in the Test squad for the upcoming series against Afghanistan.