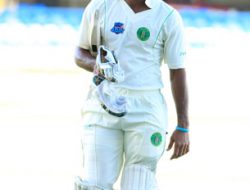 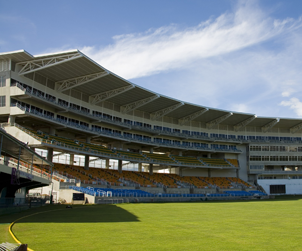 It is going to be a monumental event and all are invited to join the Jamaica Cricket Association (JCA) in celebrating the 50th Test Cricket series to be held in Jamaica when the West Indies take on Pakistan at Sabina Park.

The match venue, which has been famous for producing one of the hardest and fastest pitches in the Caribbean, clutches a lot of history since hosting its first Test between the West Indies and England in 1930.

Ironically, its worst moment was in the 1998 Test when the England-West Indies series was abandoned on the opening day due to an appalling pitch which could potetially endanger the players.

However, Sabina Park’s greatest moment in Test cricket was the 365 not out made by Garry Sobers against Pakistan that stood for many years as the highest individual Test score.

Now with the West Indies set to host the Pakistanis once more from April 21-25, Mark Neita, chairman of the marketing committee at the JCA, is optimistic that a stellar performance from the regional side will assist in commemorating this milestone.

“From the marketing perspective, we have no control over the performance of the West Indies side. I will admit that if you don’t have an attractive product, it makes it more difficult for you to sell it to the public and get the kind of support you want,” he said.

“However, we have to hope, and hope runs eternal, that an opportunity like this will be one where the players will step up to the plate, fulfil their talent,” Neita added as he addressed a press conference at the JCA lounge at Sabina Park on Wednesday.

Neita outlined that a number of initiatives have been put in place to attract spectators, among them a retro day on April 23, which encourages fans to dress up in a bygone era reminiscent of when the first Test match was played in 1930.

A kiddie’s village to host children Under-12, who will be admitted into the venue free of cost, as well as the party stand for the adults are also on the list of pleasantry being promised for the five-day match. Daily rates stand at $1,900, with season tickets costing patrons $6,900, while seniors over 60 will be admitted free with identification. The JCA will also be giving away 100 tickets each day through various innovations.

Neita added that another significant innovation will be that of a roll call to honour a number of outstanding players to have graced the venue. The list includes the likes of Jackie Hendricks, Wavell Hinds and Maurice Foster, among others.

“We are going to have them on the field [as] we want people to acknowledge them and for them to know that we still admire and appreciate what they have done for the game,” he ended.

Meanwhile, Ali McNab, representing the Minister of sport Olivia Grange, pointed out that the tour game between the President’s XI and the touring Pakistanis set for this weekend at the Trelawny Stadium is part of the government’s commitment to “redevelop the venue as an international training base and a major contributor to sports tourism in Jamaica”.