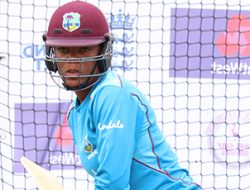 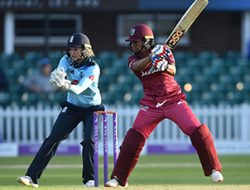 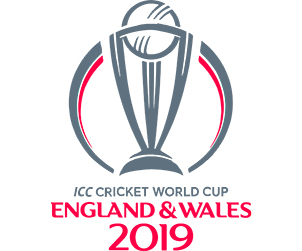 NOTTINGHAM, England – West Indies captain Jason Holder spoke to members of the media ahead of the team’s second match in the ICC Cricket World Cup. Following their impressive win in the opening match against Pakistan, two-time World Cup winners will face Australia on Thursday. First ball is 10:30am (5:30am Eastern Caribbean Time/4:30am Jamaica Time).

“We are just taking it game by game … we have another hurdle to overcome. I think when we overcome that hurdle, then we will move deeper into the tournament. I just don’t want to single out teams particularly. I think all teams are evenly matched and well-balanced, so it is just a matter of playing good cricket on any given day. That’s our rule. We want to execute in all three departments,” Holder said.

“It all boils down to the conditions. One thing I said in the last press conference is that we tend to formulate our plans to each batter. If it’s a situation where we feel a batsman may be susceptible to the short ball, then we’re going to use it. If it’s a situation where that’s not the case, then we will find other alternatives. It’s just not stuck on the short ball. I think all the teams so far have used the short ball, and it is just something that’s in the game. You’ve got two short balls per over; you might as well use them.”

Last Friday, West Indies bowled out the Pakistanis for 105 and then motored to the target, to secure victory by seven wickets with 218 balls to spare. Fast bowler Oshane Thomas earned the Player-of-the-Match award and was presented with his trophy by the great Sir Vivian Richards. The 22-year-old has now captured nine wickets for 48 runs in his last two ODIs – following up on his career-best 5-21 when he bowled out England for 113 in Saint Lucia in March.

“We obviously had one game here before. We bowled 22 overs in the game. Having said that, we have a little bit of knowledge about the ground, how the wicket plays. Whether we bat or bowl first, we need to assess the conditions as early as possible and then play to suit. It is always been a great rivalry between West Indies and Australia. I think everybody is expecting a really good contest. We are certainly up for the challenge … I think they are up for the challenge, as well,” Holder added.