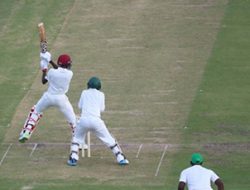 Rising Stars Start Their Ascent In Round 1 Of... 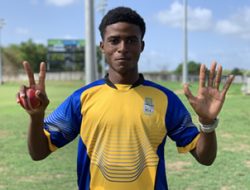 Round 4 Sets Up Mouthwatering Title Race For West... 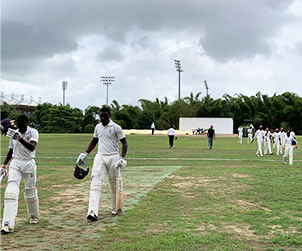 COUVA, Trinidad- Jamaica put a halt on Trinidad and Tobago dominant run in the West Indies Rising Stars Under 17 Championship, when they defeated the home team by 2 runs at the Brian Lara Cricket Academy.

All three matches in Round 3 were disturbed by rain, with the match between Barbados and the Leeward Islands being abandoned altogether because of a water-logged outfield, with the Barbadians were on 54/2 after 14 overs.

Trinidad and Tobago won the toss and sent the Jamaicans in for first strike. While Guyana won the toss at Gilbert Park and asked the Windward Islands to bat first. Both decisions came back to haunt the teams as they both lost their matches via the Duckworth/Lewis and Stern method.

At one stage of the match, TT looked to be cruising to victory with smart batting from Rajeev Ramnath and Jeremiah Cruickshank but the loss of wickets at crucial times saw TT fall to an agonizing defeat.

Meanwhile, tight bowling by the Windward Islands meant that Guyana never developed the scoring rate needed to achieve the 150-run target from the allotted 25 overs.

Match abandoned because of rain