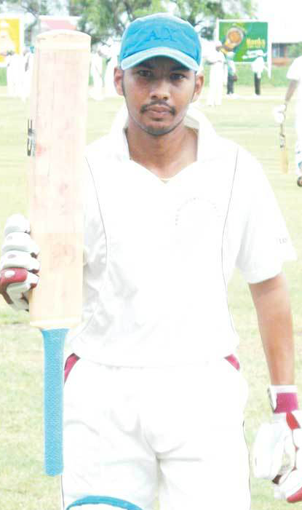 FOLLOWING their stranglehold on proceedings from the opening day, the Guyana Jaguars maintained same through the last four days over the Trinidad and Tobago Red Force, to record an innings and 60-run victory in their fourth round West Indies Cricket Board/Professional Cricket League four-day contest at the Queen’s Park Oval yesterday.The home team, who like their opponents entered the fourth round with third-round losses, resumed the final day on 58 for 4, still needing 236 to avoid an innings defeat, with Yannick Cariah on 21 and Daniel St Clair 8, courtesy of two fours off Veerasammy Permaul the previous afternoon.

Despite the entertaining innings from Akeil Hosein and Nicholas Pooran who made 64 and 47 respectively, the visitors who kept their nerves and remained patient, wrapped up the win with ease midway the second session with dark clouds sweeping across the venue.

Cariah was the first to go yesterday, caught at forward short-leg by Shimron Hetmyer off Permaul after adding five to his overnight total with the score on 80, followed by St Clair who picked out substitute Tagenarine Chanderpaul at backward squareleg, when he got a top edge, sweeping at Permaul, for 25.
During this time, Hosein got three fours off Narsingh Deonarine in one over, followed by back-to-back fours through vacant midwicket off Devendra Bishoo just before the lunch break, which the Red Force took at 148 for 6 off 57 overs, with Hosein on 47 and Imran Khan 13, needing another 146 runs.

The 21-year-old Hosein got his maiden first class half-century immediately after the break and together with Khan, posted 74 valuable runs for the seventh wicket, a partnership that looked threatening until Khan was caught by Christopher Barnwell off Bishoo for 24 (75 balls, 3×4) at 176 for 7.

It became 191 for 8, when Hosein holed out to Trevon Griffith at long on in his attempt to clear the boundary off Bishoo, having struck 10 fours in his top score of 64, leaving Pooran with Ryad Emrit and Marlon Richards as partners to save the contest.
Emrit was not equal to the task and he succumbed for 1 at 208 for 9, caught by Raymon Reifer off Permaul and despite Pooran’s decision to start the Christmas celebrations early with two sixes off Bishoo in his run-a-ball 47 that also included six fours, it was all over at 14:05hrs, when Griffith held on to Pooran’s offer at long on, as he looked to clear that boundary off Bishoo.

Richards was left unbeaten on 4, as Permaul ended with 4 for 59, Bishoo 3 for 82 and Ronsford Beaton 2 for 24 as the Guyana Jaguars won the contest to remain at the top of the table, heading into the Christmas break, while their skipper Vishaul Singh was named Man-of-the-Match for his first innings 141.