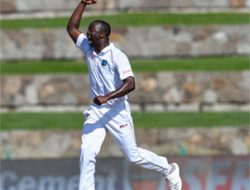 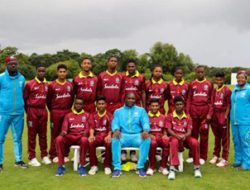 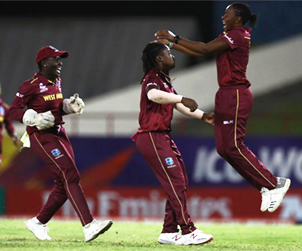 26th August 2019 Comments Off on It’s Rallying Time Again As Our Women Take On Australia In Antigua & Barbados Views: 1099 News

Fans will have the chance to rally behind their new-found women’s heroes following their great performances in the Caribbean at last year’s ICC Women’s World T20. This will be the West Indies women’s first home series since their semi-final defeat to Australia in the Women’s World T20. No doubt the West Indies women will be bringing the explosive batting and fielding that was on display during that World Cup. Fans will also have the opportunity to meet the players after matches for photo and autograph opportunities.

Tickets are priced at just US$4/EC$10.00 EC in Antigua or US$5/BD$10 for Barbados to make it affordable for fans to come out and rally behind the West Indies Women. Tickets are available to buy online from Saturday 24 August via the Buy Tickets button on www.windiescricket.com . Local box offices at the stadia will be open from September 3 in Antigua and in Barbados from September 12.

Great news!🙌🏾 The West Indies Women are back in the Caribbean for their Home Series v Australia!🔥🏏 #WIvAUS

The Series will open with three Colonial Medical Insurance One Day Internationals (ODIs) in Antigua, part of the ICC Women’s Championship. The West Indies Women will be looking to get the better of the Aussies who eliminated them in the semi-finals of the ICC World T20 last November. The first ODI will be played at the Coolidge Cricket Ground on Thursday 5 September, while the second and third matches in the Colonial Medical Insurance Series will be played at the Sir Vivian Richards Stadium on Sunday 8 and Wednesday 11 September respectively.

Following the Colonial Medical Insurance ODI Series, the West Indies Women will be focused on the T20 International (T20I) format with three games in five days at the Kensington Oval from September 14 until September 18.

The three-match T20 International series holds a special moment. Our Captain, Stafanie Taylor will play her 100th T20I in the third match at the Kensington Oval. With an average of 36.5 and 2844 runs, Stafanie is second on the all-time women’s list for the most T20I runs scored. And is currently ranked second on the ICC T20I all-rounders ranking and third in the T20I batting rankings.

These games are vital in terms of team development and preparation in the build-up to next year’s ICC T20 World Cup to be held from February 18- March 5, 2020 in Australia where they will be aiming to reclaim the title they lost to the Australia in November 2018.

West Indies Women’s Captain, Stafanie Taylor highlighted the importance of this series against the Aussies, “This series against Australia is important not only because of the championship points available but also because we have six matches against them. This is their first bi-lateral tour to the West Indies and while they got the better of us in the semis of the T20 World Cup last year, we are focused on learning hands-on the intricacies of their game.”

Stafanie added, “And with the next T20 World Cup just over six months away, we are focusing on improving and going further than we did in the last tournament.”