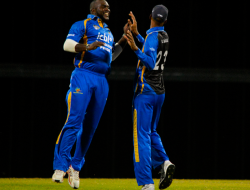 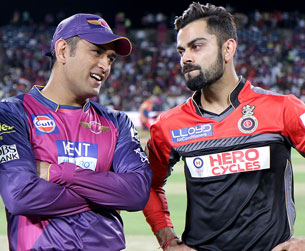 The 2017 IPL auction is likely to be one where a few players attract large bids, while the majority are bought at more prudent prices – keeping with the trend in recent years.

This dichotomy is a result of the imbalance between supply and demand: if only a few players are capable of filling specific holes in several teams, the franchises will fight over them.

Another factor that affects the bidding for a player is his availability: will the England and South African players play the entire 2017 season, or only part of it because of international commitments?

So here’s how the teams stack up at present, and a look at what they need and whom they might buy on February 20.

After finishing second last in 2016, Supergiants released 11 players – six of them overseas – ahead of the auction, further depleting their one-dimensional squad. No other team let go of as many players as Supergiants did. They did buy batsman Mayank Agarwal from Delhi Daredevils during the transfer winder, though.

– A couple of overseas allrounders as back up for the injury-prone Mitchell Marsh.

– At least two fast bowlers – one Indian, one overseas – because they released six.

Number of players Supergiants can buy: 10

In their first season, Lions finished top of the league but failed to make the final after losing both their playoff matches. They released eight players – the injured Dale Steyn the only overseas player among them – and so their Indian stocks might need replenishing.

– Two Indian spinners: a legspinner to replace Pravin Tambe and an offspinner for variety.

– An Indian fast bowler because Lions have only three in their squad.

– A not-so-expensive overseas allrounder as back-up for Bravo – who is presently injured – and Faulkner.

– An overseas fast bowler because they have only one specialist in Andrew Tye.

Number of players Lions can buy: 11

Having failed to make the playoffs in 2016, Mumbai released eight players but still have 20 left in their squad ahead of the auction. They kept their core intact despite some of their key players not being part of the international circuit anymore and others having struggled with injury between seasons. Their biggest asset is perhaps their domestic-player bench strength.

– An overseas batsman – preferably an opener – because Mumbai have only two in the squad and Buttler will leave early.

– An overseas allrounder to cover for Pollard in case of injury or bad form.

– A couple of fast bowlers as back-up for Malinga, McClenaghan – both coming back from injury – and Bumrah.

Number of players Mumbai can buy: 7

After finishing fourth last season, Knight Riders offloaded six overseas players – and nine in all – and then lost allrounder Andre Russell to an anti-doping code violation. They are left with only three overseas players in their lean group of 14, so expect them to go hard for foreign and Indian talent.

– Overseas players: two allrounders (they have only Shakib at present), a batsman (only Lynn at present), two fast bowlers (none in the squad), and a spinner (only one in the current squad).

– Indian players: two fast bowlers and one spinner (only two of each in the squad at present).

The defending champions released six players – Karn Sharma, Eoin Morgan and Trent Boult among them – and are left with 17, of which only five are overseas. With a settled first XI, they have considerable balance in their purse to make valuable additions to their squad.

– An overseas quick as back-up for Mustafizur.

– An Indian or overseas spinner, because there are no specialists in the squad.

– An overseas allrounder as back-up in case Henriques or Cutting lose form.

– A wicketkeeper as back-up for Ojha.

Number of players Sunrisers can buy: 10

Runners-up last year, RCB are the best team to never win the IPL. They released ten players before the auction but still have 20 players, among whom are the leading batsmen and bowlers in T20 cricket. They have eight overseas players already so can buy only one at the auction.

– An overseas allrounder because Watson is injury prone, or an overseas fast bowler because Starc’s workload may have to be managed and Milne hasn’t yet played a competitive game since a solitary match in IPL 2016.

– An Indian offspinner because they don’t have one, and one back-up seamer for Harshal and Aravind.

Kings XI were rock bottom last season, after finishing on the wrong end of several tight games. They retained 19 players, though, and released only four – the fewest among all the teams. On paper, they have a squad full of potential.

– An overseas allrounder (they have only one at present) and fast bowler (none in the squad).

– An Indian batsman to back up Vijay and Vohra, and a domestic allrounder (none in the squad).

Daredevils’ young squad finished sixth last season and the franchise has retained 18 of its players ahead of the auction. Of the seven players they let go, Pawan Negi and Imran Tahir were the most notable.

– Overseas replacements for Duminy, de Kock and Morris, who are likely to leave the IPL in early May.

– An overseas allrounder as back up for Brathwaite, who was inconsistent last season.

– Fast bowlers to back up Shami and Zaheer.

Number of players Daredevils can buy: 10