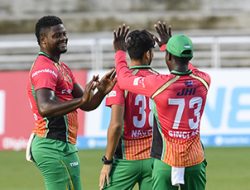 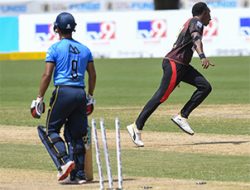 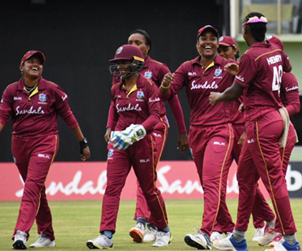 Andre Coley has been charged with being the interim Head Coach of the West Indies Women who have been invited for a five-match T20 International series against England Women at the Incora County Ground in Derby, England.

Coley is no stranger to Women’s cricket in the Caribbean as he assumed the role of Head Coach of the West Indies Women in 2012.

In Coley’s coaching staff, there are a number of prominent names associated with West Indies cricket. Corey Collymore the former West Indies fast bowler is assisting Coley, along with Esuan Crandon – who is the Guyana Jaguars Head Coach that led the team to five straight CWI PCL West Indies Championships – and Steve Liburd, Head Coach of the West Indies Boys U-15 team.

The coaching staff spent the first couple days assessing the conditions and players, with a lot of one on one sessions and drills. Collymore worked with the bowlers while Coley and Crandon did the batting drills with the players and Liburd in the outfield doing the fielding sessions.

The time in the bubble has been going by quickly, with both players and management focused on acclimatizing and getting prepared for the first match on September 21. So far, it’s been smooth sailing and by the end of this week into next week, preparations are going to be switching into high gear and the players and coaches find their rhythms ahead of ball one.