Excitement On Final Day With Close Wins For Barbados,... West Indies First Ever ODI Tour To The Netherlands... 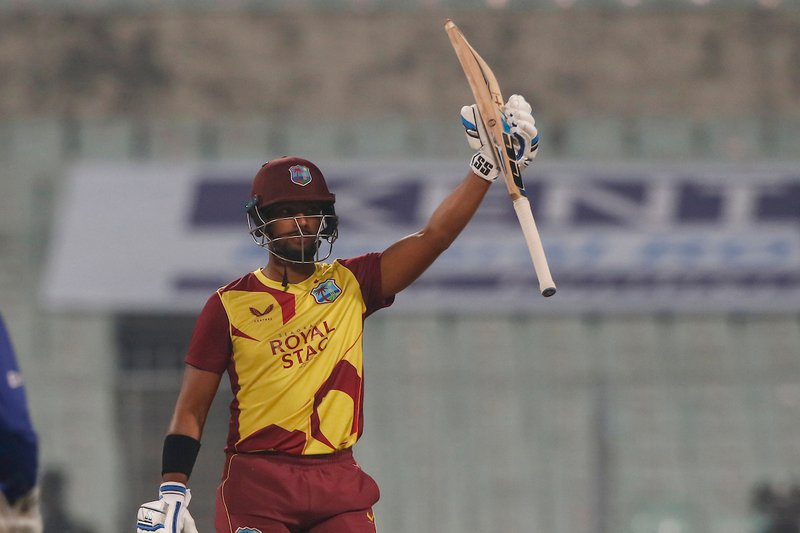 Nicholas Pooran stood tall with his sixth T20I fifty, but he was overshadowed by a player of the match performance on debut by leg-spinner Ravi Bishnoi which propelled India take to 1-0 lead against West Indies. Batting first after being sent in by India, West Indies posted 157-7 in their allotted overs led by Pooran 61 from 43 balls that was decorated with five boundaries and four sixes. Kyle Mayers (31) and Kieron Pollard (24) not out where the other batsmen to make significant contributions.

Roston Chase produced an miserly wicket-taking spell (4-0-14-2) getting the wickets of Indian captain Rohit Sharma (40) and his opening partner Ishan Kishan, before the eventually won posting 162-4 with seven balls to spare.

Brandon King (5) was dismissed by Bhuvneshwar Kumar in the first over before Mayers and Pooran consolidated to take West Indies to 44 at end of the six over Powerplay. Mayers started to look dangerous but Yuzvendra Chahal broke through as the opener departed for 31. Bishno picked up wickets of Chase and Rovman Powell in one over and put West Indies in precarious position on 74-4 in the 12th over. Pooran, on the other side, kept finding the boundaries while also anchoring the innings.

Along with the returning Pollard, both the batters took the attack to the Indian bowlers in the death overs. Pooran’s brilliant innings and Pollard’s provided the late charge as West Indies scored 61 in the final five overs. Pooran’s innings continued his recent impeccable record in this format in India, where he has an average of 74.5 with a strike rate of 173.25. 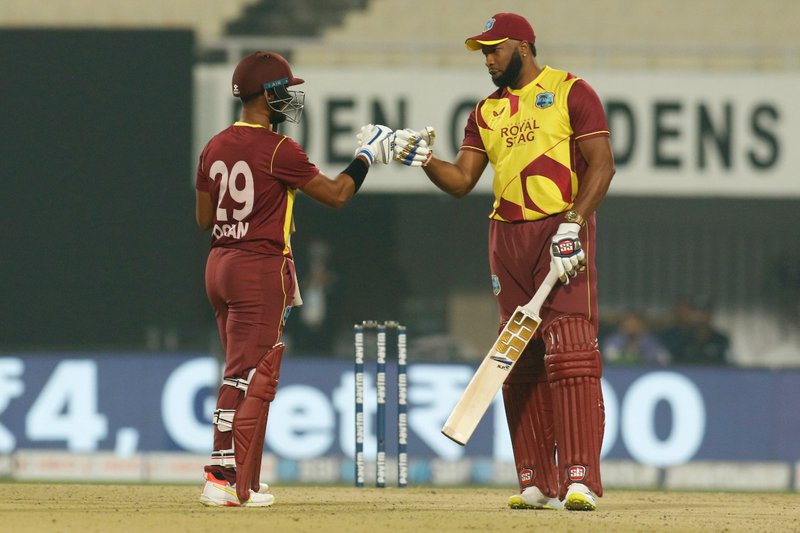 Chasing 158, Roston Chase got Rohit Sharma in the seventh over who holed out at deep mid-wicket after his aggressive innings of 40 runs in 19 balls. Ishan Kishan and Virat Kohli carried the momentum forward but Chase once again broke the stand, dismissing the set batter Kishan for 35. India lost two more wickets in the next three overs with Virat and Rishabh Pant making the long walk back.

The three quick wickets put India on the backfoot momentarily but Suryakumar Yadav raced off the blocks and batter through. He remained unbeaten on 34 off 18 deliveries, alongside Venkatesh Iyer with a 13-ball 24 saw the hosts home.

Assessing the result, Pollard said: “Good game of cricket overall, getting down to the 19th over was good on the part of the bowlers. If I’m being honest, between overs six to 15 we scored too few runs. We were 15-20 runs short but if you take early wickets you can put them under pressure. But Rohit got off quickly at the start. Of course it’s an area we can improve (dot balls) but if you try to hit and get out for 90, the conversation will be different. We can dissect it till kingdom come but we have to execute. Hopefully in the next game, that can happen.”

The two teams will remain in Kolkata for the second match on Friday.