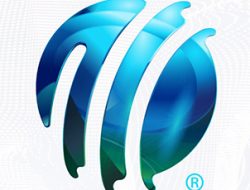 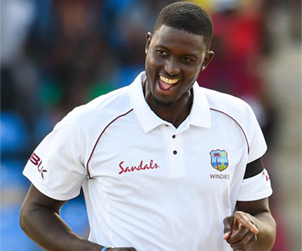 29th July 2019 Comments Off on ICC World Test Championship Brings Something More To Play For & WI Are Ready! Views: 1136 News

ICC World Test Championship Brings Something More To Play For & WI Are Ready!

Test cricket is for the fans! It’s gripping! It’s ’s nail biting! It’s also detailed, enthralling and thrilling. It’s five days of hard “blood, sweat and sometimes tear”, it’s the ultimate TEST! And that’s what makes it the favourite format of West Indies captain Jason Holder – the best all-rounder in Tests at the moment. The man ranked at No.1 on the International Cricket Council charts.

The 27-year-old is ready to pull on his treasured maroon cap and don his lilywhites, as Test cricket takes on a brand-new look. For the first time, players will be wearing shirt numbers, as the ICC World Test Championship is set for life-off. Players can choose any number from 1 to 99, and Holder has chosen No.8.

“It brings a different dynamic to Test cricket,” Holder told CWI Media during a brief break from a high-intensity training session at the Three Ws Oval on the Cave Hill Campus of the University of the West Indies in Barbados.

It’s the format that the true cricket fan really loves and adores. Having something more to play for now, with points and an overall winner at the end of the two years and to decide who is the best Test team in the world is great. Having numbers and names at the back of the shirts also adds a bit of flavor to the game as well. This should add a bit more colour to Test cricket, having the numbers and names gives a clear indication of who is who.”

“Going through five intense days of cricket and then the last session, getting the ultimate results – that’s the beauty of the game. When you’re on the winning end of a Test match, after fighting so hard, that actually makes you feel like you have done something significant… “

“I cherish those moments and every Test win because they stand out significantly. Being put under pressure for five days – the mental struggle, the mental grind – and then to be able to win is what it’s all about. We recall the win at Leeds against England back in 2017, when we played so hard and gave it everything to come away with that kind of victory was truly remarkable and quite memorable.”

West Indies played their first Test match back in 1928 in England. They will signal the dawn of this new era of the World Test Championship when they take on India in the MyTeam11 Series which is co-sponsored by Skoda and Fena.

The first Test will be at the picturesque Sir Vivian Richards Cricket Ground in Antigua – which will be the 50th between the two teams in the Caribbean. The second encounter will be played at the historic Sabina Park in Jamaica – and will mark the 250th Test match hosted in the Caribbean.

“Hopefully our group will continue to build and face the challenges ahead and win a few more Test matches. It should be a really good battle when we start against India in a few weeks. Both teams are at a stage where we have some really good players and we have to build on what we started earlier this year,” Holder said.

“Beating England at home was tremendous for us. We played some excellent cricket in all three departments and it was great for this young team to recapture the Wisden trophy after so long and also capture the imagination of the fans again. It showed us that once we play well, we can beat the best teams. On home turf, we are looking to make sure we can beat India at home as well.”

West Indies and India met in Test cricket for the first time in 1948. They have played 96 times – West Indies have won 30 times, India have won 20 and 46 matches have been drawn. West Indies have contested 542 Test matches in their 91-year Test history. They have won 173 times, lost 193, drawn 175 and tied once, the famous match against Australia in December 1960 at the Gabba.

Holder’s Test record is quite impressive. The allrounder has made 37 appearances since his debut against New Zealand in June, 2014 on home soil at Kensington Oval. He has 93 wickets at an average of 27.69 – with best figures of 6-59 among his five five-wicket hauls.

His batting has been a revelation in the last year, as he made an amazing double hundred against England in a sensational victory earlier this year at Kensington Oval. It was the catalyst as the West Indies won the match and went on to win the second Test in Antigua to reclaim the Wisden Trophy for the first time in over a decade.

Holder has scored 1,783 runs in 64 innings at an average of just under 34 runs. He has three centuries – two batting at eight and the other at nine – a West Indies record.

“The ‘double’ in Barbados is well up there with my best performances. Not just for me personally, but also for the team. To get it in front of your home crowd made it that bit extra special. The best thing about it is that we went on to win the Test match and it played a pivotal role in us winning the series. We were the underdogs, but we played a superb brand of cricket to push England to the limit and beat them,” he said.

“The second Test match in Antigua was also pleasing for me. To play so well in Barbados and then to back that up with another comprehensive win in Antigua, taking the match in just three days, was a truly memorable performance. To see John Campbell hitting the winning runs and to see our fans celebrating and enjoying the moment really defined what we set out to achieve and for me winning that Wisden Trophy was one of the best times I’ve had so far in Test cricket.”