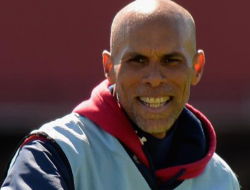 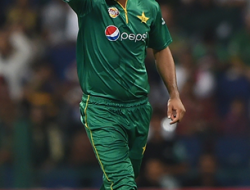 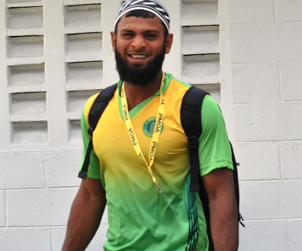 I would love to be the top run-scorer ― Fudadin

The elegant batsman, who once gets going usually plays an array of shots pleasing to the eye is donning the idea of being able to achieve the feat of leading run-scorer at the end of the tournament which runs from January 24 to February 18 in Barbados and Antigua.
Last year, the Guyanese was the second leading batsman in the entire tournament with 259 runs from seven matches at an average of 51.80 with a high score of 103 not out against the Combined Colleges and Campuses Marooners and was instrumental in Guyana reaching the semi-finals against host Trinidad and Tobago Red Force.
Now, the batsman who played three Tests for West Indies is seeking to go one better and lead the charts but is expected to undergo the process match by match.
“I will try to take it game by game, I don’t want to set myself too many goals but I would love to be top run scorer in the Caribbean at the end of the tournament, I will try to take it game by game and do well for the team and then worry about personal performance,” the former West Indies under-19 player stated.
He added, “Cricket is something you can’t take for granted, I was the top run scorer for Guyana last year, I did well but this year is a new year and I have to come with the same mentality and be even more positive so I can do better.”
Fudadin, who  toured with the West Indies A team to Sri Lanka in October 2016 played three One-day matches and garnered 71 runs, including a high score of 57,  is still looking to resurrect his international playing career considering the amount of activity the regional side has this year both at home and away.
“I would say West Indies cricket have not being doing their best and some spots are up for grabs but when you do well for your country that process will take care of itself” he revealed.
The Port Mourant born has been around senior regional cricket since 2003, where he made his List A debut playing for the West Indies Under-19s,  is now one of the most experienced players in the team and plans to do what is required of himself to bring success to the side.
The 31 year-old explained, “I  see myself as one of the experience players  in the team and 50 overs is allot of balls, so whatever is the team plan I will do it,  so if it is to bat through the  innings, give more positive starts, I will do  my best for the team for team.”
He further explained that “generally I will be looking to be positive but positive does not mean you play reckless, you can look for quick singles  to keep the strike rotating  but doing well means the team will benefit.”
The Rose Hall Town Youth and Sports Club player was part of the last Guyana side to win a 50-over title when they defeated Barbados in a rain-affected match at the Georgetown Cricket Club (GCC), Bourda in fading light.
Cognisant of the title jinx, Fudadin says his himself and teammates are well aware of what is at stake this year.
“I was apart of the team when we won the KFC Cup in 2005 and since then no titles but we had a meeting and everyone knows the length of time we have not won this tournament and we will be striving to achieve that in this  year,” the  player disclosed.
With Guyana being based in Barbados for their preliminary matches against teams such as Barbados Pride, Jamaica Scorpions, CCC Marooners and ICC Americas, Fudadin will have an opportunity to add to his lone century and seven fifties at this level on pitches which should aid in more positive stroke-play.