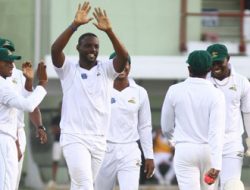 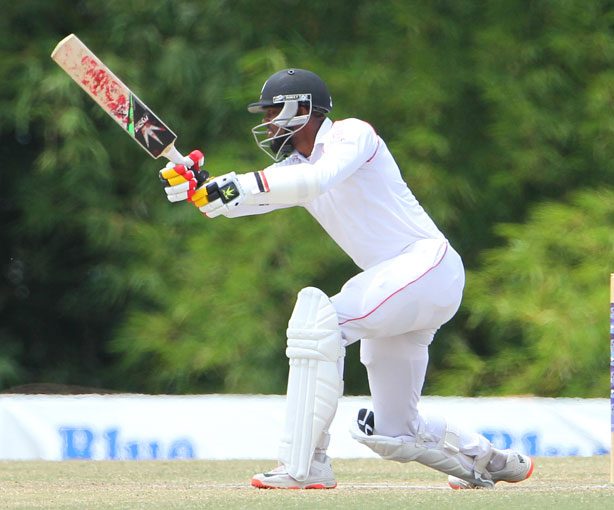 Kyle Hope’s maiden first class hundred underlined T&T Red Force’s dominance of the third day of their sixth round clash against Windward Islands Volcanoes, putting them in pole position for their second win of the Regional four-day championship, yesterday.

In one of their best days of the campaign, the bottom-of-the-table Red Force produced a strong batting display to convert their overnight position of 23 for one into 203 for five declared.

Hope, unbeaten on 10 at the start, finished on 105 not out while first innings century-maker Yannic Cariah got 47 and Isaiah Rajah, 30.

Set 375 for victory, Volcanoes ended the day on 68 for one—requiring a further 307 runs on Monday’s final day to pull off an unlikely win.

The hosts lost opener Tyrone Theophile cheaply for two in the second over but veteran left-hander Devon Smith struck an unbeaten 41 in a 66-run second wicket stand with rookie Taryck Gabriel who finished 24 not out.

Smith has so far faced 114 balls in 127 minutes at the crease and struck a single four.

Earlier, Hope produced his career-best as he batted Red Force into a potential match-winning position.

All told, the Barbadian right-hander struck six fours in an innings spanning 212 deliveries in just under five hours at the crease.

More significantly, he anchored two productive stands to propel the innings. Firstly, he put on 73 for the second wicket with Rajah who hit four boundaries in a 56-ball knock.

When Rajah and Nicholas Alexis (0) perished in the space of 33 balls with just four runs added to leave Red Force on 87 for three, Hope controlled an 88-run fourth wicket partnership with Cariah who counted two fours in an 89-ball knock that lasted 127 minutes.