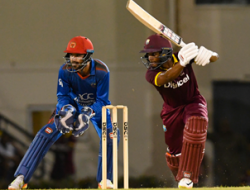 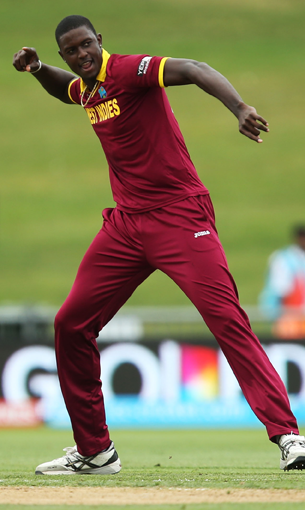 GROS ISLET, South Africa, Jun 10, CMC – Captain Jason Holder has minced no words in his assessment of West Indies’ stunning defeat to minnows Afghanistan, describing the performance as “poor” and calling on his embattled side to change their mental approach for today’s must-win encounter.
The Caribbean side produced a dreadful performance in Friday’s opening One-Day International at the Darren Sammy National Stadium, crashing to a shocking 63-run defeat to the ICC Associate nation.

Chasing a modest 213 for victory, West Indies were embarrassingly bundled out for 149, with 18-year-old leg-spinner Rashid Khan picking up seven for 18 – the fourth-best figures in ODI history.
“I think Afghanistan played better cricket and they deserved to win the game,” Holder said in a frank interview.
“When we look back on our performances, I don’t think we were as energetic as we wanted to be in the field. We lapsed a bit in the end. I felt the bowlers did a reasonable job but when we batted, we were in no uncertain words, poor.

“We’ve got to be better as international cricketers. I just felt we didn’t show that intent up front. I think the pitch was a very good pitch, it was not one that hampered stroke-play so I think we all have to be accountable for our actions as batsmen and now going forward into this game on Sunday – a must-win game – we just need to put things right.”
West Indies were heavily favoured to make a clean sweep of the series against a side with little experience against major Test-playing nations.
But opener Javed Ahmadi struck a career-best 81 to lift the visitors up to 212 for six off their 50 overs, aided by some loose bowling at the back end of the inings which saw 52 runs coming off the last six overs.

In reply, the Windies struggled to score from the outset and after crawling to 52 for two after the first 20 overs, lost their last eight wickets for 81 runs.
Holder said it was clear his players needed to make adjustments to their mental approach.
“It’s more of a mindset. I think we’ve got to adjust our minds to the fact we are playing a very important series against Afghanistan,” the Barbadian all-rounder explained.
“I think we just lacked energy at many stages of the game, especially in the field, and it’s something we’ve been talking about in the dressing room for a while, so I think if we can improve our attitudes and body language on the field – look more alive during the innings – I think that would go a long way and then obviously we can trasncend that into our batting.”

He added: “The intent wasn’t there when we batted. I think we can put the Afghans under a little more pressure when they bowl to us and just try to stamp our authority on the game.”
He was quick, however, to praise his bowlers even though pointing out they could have had more of an impact earlier in the Afghanistan innings.
“We could probably look for a little more wickets in the middle overs. I think things kind of meandered in the middle and we just tried to push through the overs,” Holder noted.
“We were always behind in terms of over-rate. If we could be ahead of the game a bit earlier, it gives us a bit more cushion as the game goes on. Those are a few areas I can point out [where we need to improve] but I am still pleased with the way the guys bowled.”
Taken from Guyana Chronicle