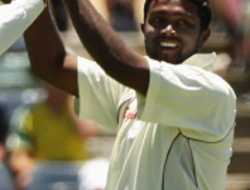 25th November 2014 Comments Off on Hinds, Best get call up for Barbados Pride Views: 1891 News

Pride captain and opener Brathwaite, along with Benn, Roach and Holder will all be leaving the Caribbean on Sunday with the West Indies senior team for the three-Test series against the South Africans. Fast bowling all-rounder Carlos Brathwaite, who was the West Indies ‘A’ team skipper on the recent tour to Sri Lanka, will take over the captaincy of the Pride from Brathwaite.