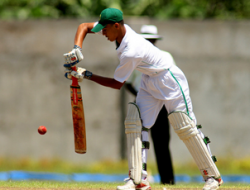 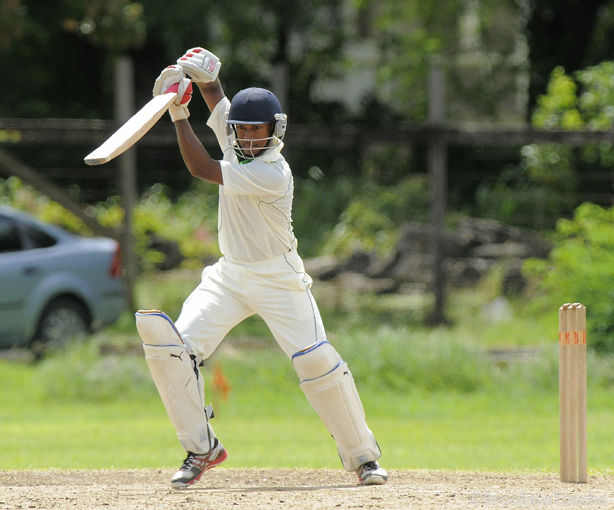 BRIDGETOWN, Barbados (CMC) – Solid batting from Chandrapaul Hemraj and Leon Johnson gave newly-crowned champions Guyana Jaguars a strong start to their top-of-the-table clash with Barbados Pride in the Regional 4-Day Championship yesterday here.
Hemraj hit 90 and Johnson made 56, as the Jaguars reached 184 for five in their first innings at the close, after they were put in to bat on a rain-marred first day of their ninth-round match against Barbados Pride at Kensington Oval.

The left-handed pair shared 148 for the second wicket to give the innings backbone, but three wickets in the final period set them back before a torrent of rain about 25 minutes prior the scheduled close brought an early end to play with Shivnarine Chanderpaul not out on three and Barbados-born, West Indies all-rounder Raymon Reifer not out on one.
Hemraj struck 10 fours and three sixes from 145 balls in just over 3½ hours at the crease and Johnson collected nine boundaries from 207 balls in a 4½-hour stay.
Play started 40 minutes late, due to a couple damp patches close to the pitch on the eastern side of the ground.

Jaguars, whose victory over Jamaica Scorpions in the previous round confirmed them as champions for a fourth straight season, suffered an early setback, when left-handed opener Tagenarine Chanderpaul was bowled with the second ball of the match from West Indies fast bowler Kemar Roach for a duck.
Johnson, the successful Jaguars captain, came to the crease and, for the next 3½ hours, defied a Barbados attack that comprised mainly four fast bowlers including Roach, fellow Windies star Miguel Cummins, Under-19 World Cup-winner Chemar Holder and uncapped Justin Greaves.

They carried Jaguars to 58 for one at lunch, but Hemraj was fortunate. He was on 12, when gully fielder Roston Chase failed to hold a high chance off Roach.
Second ball after lunch, Roach was again the unlucky bowler, when second slip Jonathan Carter muffed a high chance from Johnson, on 25, and first slip Kraigg Brathwaite failed to hold onto the rebound.

The two left-handers knuckled down and plundered cheap runs, as Barbados captain Shamarh Brooks strangely employed the off-spin of Chase for nine straight overs after the interval and the tactic of the fast bowlers of bowling short had limited success with the two batsmen prepared to cut and pull.
Hemraj was the more fluent and reached his 50 from 115 balls, when he turned Chase into short mid-wicket for a single in the second half-hour after lunch, and continued to score freely after reaching the landmark.

He looked set to hit his maiden first-class hundred, when the lanky Holder was brought back for a second spell inside the final half-hour before tea and had him caught down the leg-side by wicketkeeper Shane Dowrich to leave the Jaguars 148 for two.
At tea, Jaguars were 155 for two, and Johnson reached his 50 from 194 balls after the break, when he played a delivery from Holder down at his feet and responded positively to a call from non-striker Vishaul Singh for a single.

In just under an hour’s play either side of a 13-minute stoppage for rain, Jaguars lost the wickets of Singh, Johnson and Anthony Bramble, slipping from 175 for three to 182 for five in the space of 13 deliveries.
Singh miscued a pull at a short-ball from Greaves and was caught at mid-on for 11, Johnson was caught at mid-wicket off Holder trying the same shot and Anthony Bramble was lbw plumb playing across a low full-toss from Roach before rain swept across the ground to force the players off.

Though umpires Johnathan Blades and Patrick Gustard tried for a re-start about half-hour past the scheduled close, the light had faded significantly and the players trekked off again without another ball being delivered.
Jaguars made three changes from the previous match, bringing Tagenarine Chanderpaul, as well as Sherfane Rutherford and fellow fast-medium bowler Romario Shepherd in to replace Akshaya Persaud, Gudakesh Motie and injured fast bowler Keon Joseph.

Pride has been boosted with the return of Windies stars Brathwaite, Shane Dowrich and Miguel Cummins and the inclusion of Holder in place of Anthony Alleyne, Tevyn Walcott, Kevin Stoute and Hayden Walsh, Jr.
Jaguars entered the match with an unassailable 135 points, but have so far gained no batting points, but Pride have gained one bowling point and one pace bowling point to add to their season total of 85.8.