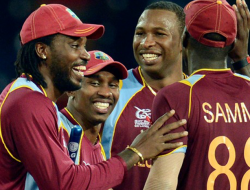 Australia fast bowler Ryan Harris is expected to miss the tour of the West Indies in June this year, as it will coincide with the birth of his first child. Harris said during a radio interview on Monday that coach Darren Lehmann had urged him to stay home with his family.

“I spoke to Darren about it. Before I did he spoke to me and told me I would stay at home,” Harris told SEN Radio. “The West Indies is the furthest place to get home from. Darren wants to make sure I am here and spending time with my wife.’’

Harris’ likely absence means that he will not play for Australia until the side travels to England to defend the Ashes in July. West Indies and Australia will play two test matches in June with the winner walking away with the coveted Frank Worrell Trophy