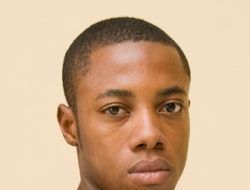 CRICKET Guy Inc. (CGI) has named its 13-man squad just days ahead of the first West Indies Cricket Board (WICB) Professional Cricket League (PCL) Regional Four-Day Competition match against the Windward Islands Volcanoes.Guyana Jaguars will begin their title defence when they face Volcanoes from November 6 to 9 at the Guyana National Stadium, Providence.

The lone newcomer to the squad is Berbice and Albion left-arm spinner Gudakesh Motie.

The coach is Esaun Crandon, the manager/assistant coach is Rayon Griffith and the physio is Beverley Nelson.

The other contracted and Academy players will be the replacement, in case of any changes. According to a release from CGI, left-arm orthodox bowler Veerasammy Permaul was not included in the squad because he suffered an ankle injury.

Guyana Jaguars are the defending champions going into this tournament after they dominated it in 2014-15.