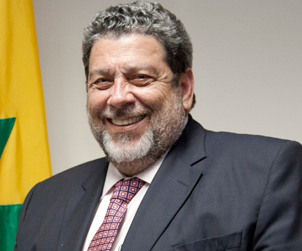 KINGSTOWN, St Vincent – St Vincent & the Grenadines Prime Minister, Dr Ralph Gonsalves, has written to CARICOM, asking the regional body to communicate to the Indian Cricket Board (BCCI) his “grand settlement” proposal, aimed at diffusing the BCCI’s US $42 million compensation claim against the West Indies Cricket Board (WICB) and ending the full blown crisis.

Gonsalves told reporters in Kingstown on Monday that the “grand settlement” included five elements, the first of which was that the WICB settled the internal matter with the “India 14”.

He was referring to the West Indies cricketers who prematurely ended their tour of India last month over a pay dispute with WIPA, resulting in the US $42 million claim in losses from the BCCI.

“All that we agreed on, at the Hyatt Hotel in Port-of-Spain on the evening of the 30th of October. I don’t have to go through the details, but settle that (players issue) first,” Gonsalves said.

The “grand settlement” is also calling for WIPA and the India 14 “to stop their internecine squabbling and get back on track as one entity in WIPA.”

Thirdly, Gonsalves’ proposal is calling “for firm, urgent, practical steps to be taken in the reform of the management and administrative systems of the West Indies Cricket Board.”

“The West Indies Cricket Board at the moment is functioning as if it were a private club,” Gonsalves said forcefully.

“It needs to be responsible and responsive to the community. These are issues, which have been raised in the Patterson Report several years ago and that is the starting point for the reform, otherwise this thing is going to happen again.

“I’m not making any criticism here about any individual leader currently inside of the WICB. I think it is clear to everybody that the structures, which exist, are not appropriate for the administration and management of West Indies cricket. They have to be responsive and responsible to the community.”

The fourth point of Gonsalves’ proposal is that “the WICB and the BCCI must work more closely and collaboratively in the interest of both Indian and West Indian cricket and world cricket.”

He said he had copied his letter to CARICOM’s bureau and noted that time was running out on the WICB to avoid a lawsuit.

In making its claim of compensation, the BCCI had given the WICB 15 days in which to outline how it would settle the amount. (CMC)