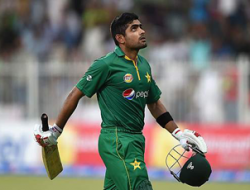 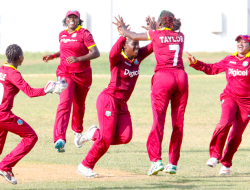 11th October 2016 Comments Off on Giddings gets ICC warning for dissent Views: 949 News

DUBAI—West Indies Women fast bowler, Erva Giddings, has been slapped with an official warning by the International Cricket Council for showing dissent during the opening One-Day International against England Women last Saturday.

The incident occurred during the 45th over of the Windies innings when 30-year-old, on her international debut, was given out lbw to seamer Katherine Brunt for three.

She immediately pointed to her bat to indicate to umpires she had struck the ball, in violation of Article 2.1.5 of the ICC Code of Conduct relating to dissent. Additionally, the ICC said one demerit point had been placed on Gidding’s record for the offence.

“Pursuant to Article 7.6 of the Code, if Giddings reaches four or more demerit points within a 24-month period her demerit points will be converted into, at least, two suspension points which will equate to a ban from her next match or matches,” the ICC said yesterday.

“Two suspension points equate to a ban from one Test or two ODIs or two T20Is, whatever comes first for the player.”

There was no need for a hearing as Giddings accepted the charge. Her dismissal saw West Indies Women lose their final wicket and plunge to a narrow five-run loss at the Trelawny Multi-Purpose Stadium, and fall behind 1-0 in the five-match series.

The second game was played yesterday at the same venue.