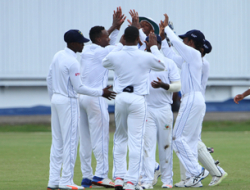 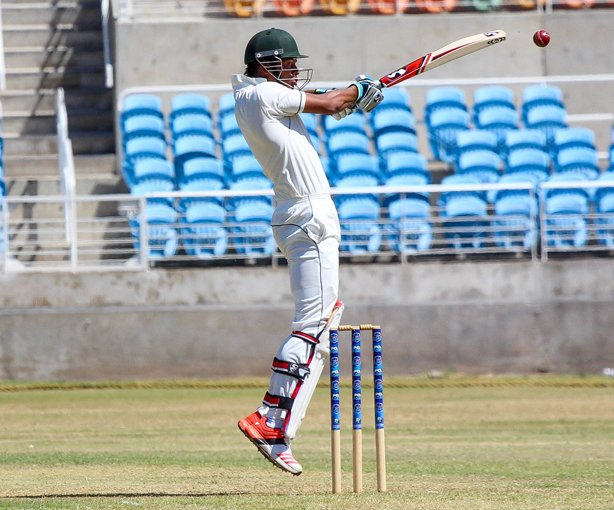 23rd March 2017 Comments Off on Four Changes For Scorpions Ahead Of Red Force Clash Views: 1246 News

Third-placed Jamaica Scorpions have made four changes to their 13-man squad ahead of their eight-round Digicel WICB Four-day Tournament clash against fifth-place Trinidad and Tobago Red Force in Port-of-Spain, starting on Friday.

The three changes, however, appear to be forced.

Three of the replacements are being done as a result of fast bowler Jerome Taylor, wicketkeeper Chadwick Walton and all-rounder Rovman Powell being drafted into the West Indies line-up for their opening Twenty20 fixtures against touring Pakistan.

The fourth replacement, in the meantime, is as a result of opener Shacaya Thomas having passport issues.

It is understood that the St Catherine opener, who disappointed with scores of two and six in the Scorpions’ horrendous 34-run loss to the Leeward Islands Hurricanes at Sabina Park last week, is awaiting a visa confirmation with an overseas embassy.

Jamaica scored a record-low 56 in their first innings and 114 in their second in surrendering to the Leewards inside three days, one of which was abandoned due to rain and wet conditions.

Campbell, the team’s leading run-scorer, gets a recall after being dropped for the Leewards match due to a dip in form, while Griffith, after playing in the opening two matches, earns a recall.

Williams, in the meantime, a former national Under-19 youth opener, and who scored a century in the final of the recent national 50-Overs tournament, earns his first senior team call-up.

Green receives a recall after being overlooked for the Hurricanes tie.

“Three of the players have already represented us, so I am looking forward to them making a return and make a contribution,” said Scorpions captain, Nikita Miller, prior to the departure of the team yesterday.

“As for Oraine, this is his first senior call-up, so if he gets an opportunity one would hope he grabs it with both hands.”

Jamaica, who after winning three, drawing one and losing of their first five matches, which saw them sit atop of the points table, currently trails leader and two-time defending champions Guyana Jaguars, and the Barbados Pride.

The Leewards are presently fourth, with the Windward Islands Volcanoes in the sixth and last position.

The tournament is played over 10 rounds of matches.