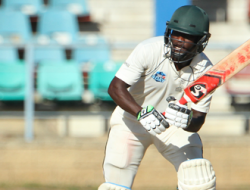 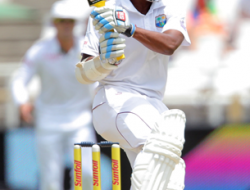 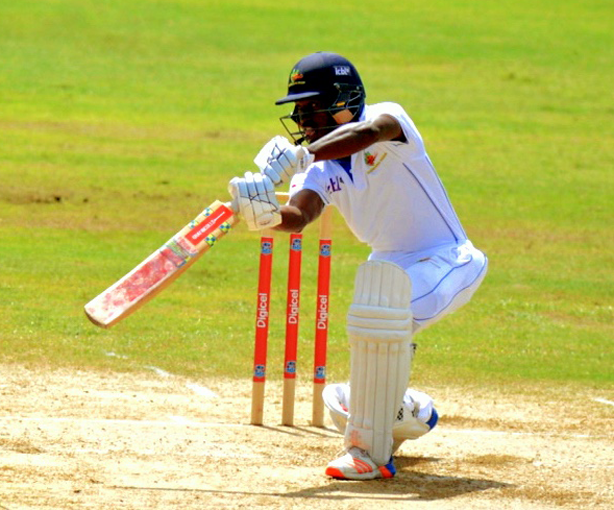 KINGSTOWN, St Vincent (CMC) – Anthony Alleyne led a strong batting parade from Barbados Pride in their Regional 4-Day Championship match against Windward Islands Volcanoes yesterday.
The left-handed opener led the way with 82 and was one of four batsmen who plundered half-centuries to carry the Pride to 273 for five in their first innings at the close. They were put in to bat on the first day of their fourth-round match at the Arnos Vale Sports Complex.

All-rounder Kevin Stoute was not out on 59, Kenroy Williams made 55 and left-handed opener Shayne Moseley scored 54, as none of the Pride’s batsmen carried on to a hundred, but it was a solid effort and they were rewarded for their resolute batting.
Tyrone Theophile, the Volcanoes captain, was the bowling hero for his side, grabbing 3-54 from 20 overs with his uncomplicated off-spin and fellow Dominican Shane Shillingford gave stingy support, conceding just 83 from 34 overs with his clever off-spin.

Alleyne reached his half-century in the final half-hour before he and Moseley carried the Pride to lunch on 107 without loss, as they peppered the boundary with a few crisp strokes.
Moseley also reached his 50 after the interval before he was caught at slip off Theophile in the ninth over after lunch, to give the Volcanoes their first scalp.
Next delivery, the struggles of Pride captain Shamarh Brooks continued, when he too, was caught at slip off Theophile for a first-ball duck.

This proved an unstable period for the Pride batting, as Jonathan Carter was caught on the second attempt by wicketkeeper Gian Benjamin off Shillingford for one in the next over before Theophile returned to have Alleyne also caught by Benjamin in the following over.
This meant the Pride slipped from 141 without loss to 144 for four in the space of 16 deliveries, but Williams came to the crease and with Stoute they averted any further implosion.

They carried the visitors to tea at 185 for four and continued merrily after the break to share 97 for the fifth wicket. Williams was then caught at slip off Tarryck Gabriel’s part-time spin in the final hour, leaving Justin Greaves to bat through the remainder of the day with his club-mate Stoute.