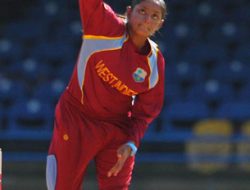 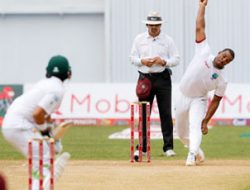 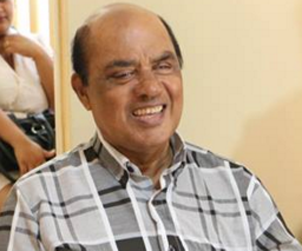 Former West Indies player Bryan Davis thinks there are many Trinidad and Tobago candidates who are deserving of a stand in their honour at the Tarouba Stadium rather than legendary Indian batsman Sachin Tendulkar.

Davis said he agreed with Trinidad and Tobago Cricket Board (TTCB) president Azim Bassarath who was reported to have said: “India have so many stadia and I don’t know any of them have stands named after any of our West Indian greats, so why must we name a stand after Tendulkar. I thought there would be stands named after Ian Bishop, or Larry Gomes or Gus Logie or even the late Rangy Nanan, not Tendulkar.”

Davis, the current executive manager at the Queen’s Park Cricket Club, offered the example of Nanan and Sonny Ramadhin.

But Sports Company of Trinidad and Tobago chairman Michael Phillips confirmed that the North West Stand, after consultation with WI batting legend Brian Lara, would be named after Tendulkar ahead of the official opening of the Stadium next month.

“I have to agree with Mr Bassarath.” Davis said. “I believe that we have many Trinidad and Tobago nationals over the years that are well deserving of a name being put onto a stand, especially one being built by the Government (of T&T). So I feel that one of our nationals should have been awarded that honour before a foreigner, no matter how great he is.”

Davis said he holds no ill-feeling towards Tendulkar, considered one of the game’s greatest batsmen after having played 200 Test matches and scored 15,921 Test runs at an average of 53.78.

“I personally feel that was the way to go,” Davis said, “ They must come up with T&T players over the years that have done wonderful things like Sonny Ramadhin and these people. There are a lot of people that I could have gone through and named stands after. How could you just suddenly come up with Sachin Tendulkar?. He hasn’t done anything for Trinidad. I didn’t like the idea. I have nothing against Sachin. He is a nice fella and so on but I am a Trinidadian in meh heart.” He gave the example of the historic Queen’s Park Oval, a private entity, where a number of the stands and areas have been named after Trinbagonian cricketers, including Sir Learie Constantine Stand, Jeffery Stollmeyer, Gerry Gomez, Brian Lara, Willie Rodriguez end, Joey Carew.

“It’s all Trinidadians, I don’t care how great the foreigner is, The thing is unless we have run out of people that we could give it to – Rangy Nanan, a man who gave his life and blood for this country, played for West Indies and T&T for years, captaining T&T to the Shell Shield in those days – people who have given yeoman service, I don’t feel it is right to go to Tendulkar,” added Davis.