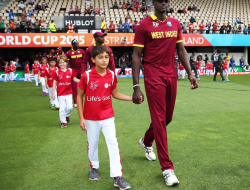 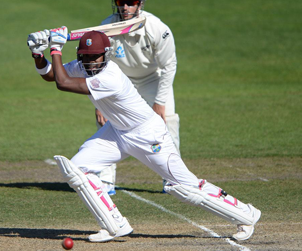 19th September 2016 Comments Off on Darren Bravo Cricketer of the year Views: 2179 News

West Indies middle order batsman Darren Bravo was voted International Cricketer of the Year by the T&T Cricket Board (TTCB) at their 60th annual awards function held on Saturday night at the National Energy Skills Centre at Rivulet Road in Couva.

Meanwhile, Evin Lewis was named the National Senior Cricketer of the Year (Men).

The hard-hitting stroke-maker was among the “Five Cricketers of the Year” which also included regional Test batsman Bravo. The others who made the cut were outstanding national all-rounder Imran Khan, spinner John-Russ Jagessar who forced himself into the Red Force team, and wicketkeeper Stephen Katwaroo, a stand-out in T&T’s victory march in the regional Super50 competition.

Queen’s Park Cricket Club was voted the “Club of the Year” and collected the Allen Sammy Trophy for their domination of the Premiership I and II competitions, while Curepe Sports Club, beaten finalists last year, were finally crowned Courts T20 Inter Club champions.

The prestigious President of the TTCB Award was handed to hard-working Kerwin John of the Tobago Cricket Association, while Secondary Schools Cricket League president Surujdath Mahabir, also a youth coach, proudly walked away with the “Administrator of the Year Award.”

Meanwhile, Kirsten Kallicharan topped off a remarkable 2016 cricket season when he was adjudged “National Youth Cricketer of the Year.”

Kallicharan, 16, who attends Vishnu Boys Hindu College in Caroni,  was only recently named the outstanding secondary schools cricketer of the year for his phenomenal batting as well as his handy effort with the ball.

He was also a member of the West Indies team which won the ICC World Under-19 Championship in Bangladesh earlier this year, and one of two Trinidad and Tobago picks on the regional squad along with Jyd Goolie.

Grouped with Kallicharan in the “Five Youth cricketers of the Year” were Cephas Cooper, Jonathan Bootan, Jarlanie Seales and Keagan Simmons.

Bootan was also acknowledged as the “Youth Spinner of the Year” for which he collected the Sonny Ramadhin Trophy, named after the illustrious T&T and West Indies spinner, and donated by the Penal/ Debe Regional Corporation.

National Senior Cricketers of the Year

National Youth Cricketers of the Year