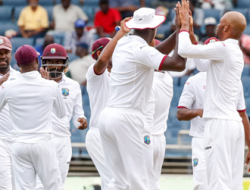 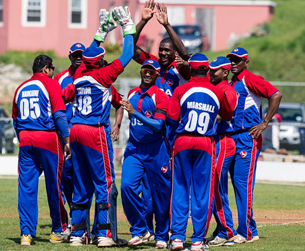 It has been reported that the first ever International cricket match took place in America and that was between the US and Canada in 1844.

Since then there has been an effort to popularise the game in Uncle Sam’s land but only now through the efforts of expats, it is happening.

One such man is Mohammed Ahmed Qureshi (MAQ), who has given the game a serious shot in the arm.

Thousands have gathered at the Central Broward Cricket Park over the weekend to take in the very popular Caribbean Premier League (CPL) T20 matches, one man entering will feel a great sense of satisfaction and that is Maq.

Many of the players taking part in these matches would have played in his popular T20 tournament called the US Open which is held on an annual basis, with teams vying for US$100,000.

Many leagues in recent times have popped up around the US and all have some initial link to Maq’s organisation which is called the Cricket Council USA.

Coming from Pakistan where he played cricket at a good level, the soft spoken Maq settled in Miami many years ago and wanted to continue his passion of playing. At first he grew very frustrated, as he had to contend with a little ‘soft ball’ cricket at times. This could not cut it for him and decided that if he wanted to play cricket, he had to organise the game in the US and he started his journey.

There was always the United States Cricket Association but with all the ramblings associated with this group, he could not depend on the set up.

He got some friends and family members who also came from Pakistan and they decided to get serious about a league. They formed Cricket Council USA and after playing a little, Maq decided to get into administration at a deeper level and make it possible for others to play.

He said, “Cricket is a great passion for me and I always wanted the game to come alive in this great country. I had to do something and decided to give it a shot.

I am so happy that the CPL is here, as this will prove to be a further boost that the sport can come here and survive and bring joy to so many people, who would have left their place of birth thousands of miles away and crave for the game.

When I look at the smiles across the faces of many who can walk into Broward to look at cricket, I feel a great sense of accomplishment because I know that I had at least some part to play in it.” The International Cricket Council (ICC) has now given Maq and Cricket Council USA approval for their tournament, so international players can come in and participate in the US Open and face no sanction from their local boards.

“This move by the ICC is brilliant because the top players will feel comfortable coming into the US to take part in the US Open and this will stimulate the interest of many for the games. It makes no sense playing token games here, there must be some sort of structure that leads to continuity in order for the game to catch on.

“We at Cricket Council USA have decided to put structures in place and get development programmes going so that we can grow the game from the nursery level in order to ensure the presence stays.”