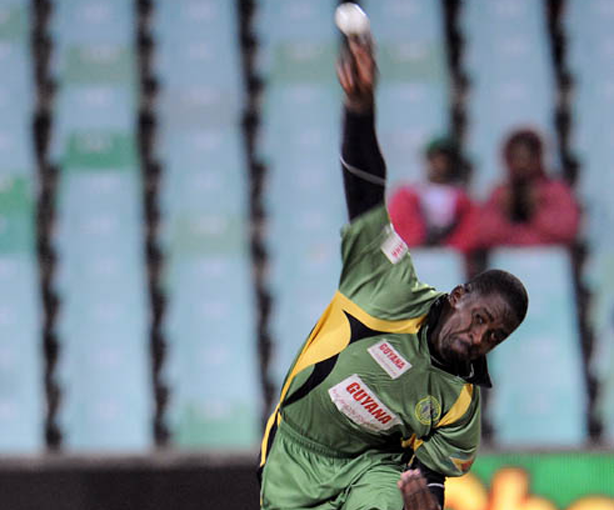 20th November 2014 Comments Off on Crandon Says No Room For Complacency Views: 1401 News

Georgetown, Guyana – Guyana Jaguars Head Coach Esaun Crandon says his team cannot afford to be complacent heading into Friday’s start of the second round in the 2014/2015 West Indies Cricket Board Professional Cricket League (WICB PCL) Franchise Four-Day Tournament against the Windward Islands Volcanoes at the Guyana National Stadium at Providence.

The Jaguars whipped the visiting Leewards Islands by an innings and 10 runs inside three days in the opening round, and are understandably brimming with confidence.

“It’s good to win the first game, but we can’t get complacent,” Crandon said during an exclusive interview on Tuesday.

“We have played well as a team. It’s still early days as we have played just one game; there is lot of cricket left in this tournament. We still have nine games to go, but it is good to have a win under the belt,” the Berbician pointed out.

The former national fast bowler said that his side’s batting had really set the game up from the start and that the bowlers had also done a sterling job for the side.

Batting first, Guyana posed a total of 343 all out in 126.5 overs, with Narsingh Deonarine hitting an unbeaten 110. Leeward Islands were then tumbled to a paltry 94 all out from 47.1 overs in their first innings and were asked to follow on.

The Leewards showed improvement in their second innings and made 239 all out off 79.4 overs.

“The batting was outstanding; especially Deonarine, and the bowlers all did a splendid job, so maintaining the momentum will be the main aim going forward.”

No changes have been made to the Guyana Jaguars squad for Friday’s game.

Meanwhile, the Guyana Jaguars are on top of the points table with 17 points, followed by Jamaica Franchise with 16; Barbados Pride, 8; Trinidad and Tobago Red Force, 5; Windward Islands Volcanoes, 3; and Leeward Islands, 2.

Bonus points are awarded only for performances in the first 110 overs of each team’s first innings only and retained whatever the result of the match.

First Published In The Guyana Times.