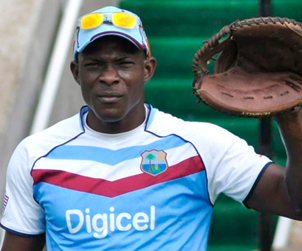 Jamaican fast bowler Sheldon Cottrell was picked by Trinidad & Tobago, while Windward Islands chose Narsingh Deonarine, the left-hand batsman, in the player draft for the 2016-17 WICB Professional Cricket League in Barbados on Friday.

Cottrell, who has played two Tests, two ODIs and six T20Is for West Indies, was part of the Jamaica squad in the 2015-16 season. He played only four first-class matches in the four-day tournament, taking seven wickets, including a first-class best of 5 for 38. Deonarine played for Trinidad & Tobago and was their second-highest scorer with 494 runs in nine matches at 35.28.

Defending champions Guyana picked five players in the draft of which only 21-year-old Vikash Mohan was from outside the home territory. Barbados had two such players in their list of new picks – Kissoondath Magram (from T&T) and 21-year-old uncapped fast bowler Preston McSween from Windward Islands.

The draft system has been in place since 2014, when the WICB revamped its domestic structure to combine the selection of players for the regional four-day tournament and the Nagico Super50, and packaged it as the WICB Professional Cricket League.

As per the draft rules, each of the six franchises can select from the talent pool available in both tournaments. Each franchise has to enlist a minimum of 15 players, of whom 10 are pre-selected from the home territory, while the remaining five go through the draft system. Of the five spots that are filled through the draft picks, a minimum of two players need to be from outside the home territory. Each franchise is also allowed to have one international player.

The draft is conducted over five rounds and each franchise is allowed one pick that must be made within two minutes. In the event of a franchise failing to make a selection within the allotted time, they will have to pass up their turn and wait for the other franchises to finish making their selections in that round, before picking.