Hooper to coach Warriors in CPL 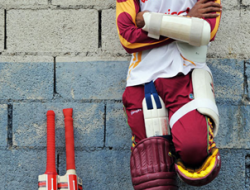 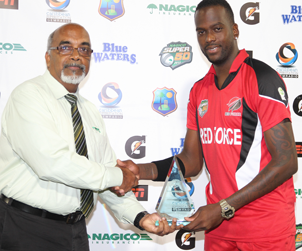 Kevon Cooper’s career-best 62 not out took Trinidad & Tobago to a 49-run win over Leeward Islands at Port-of-Spain, clinching the top spot in Group B for T&T while eliminating Leewards from contention for the semi-finals. Cooper’s previous List-A top score was an unbeaten 17, but after entering with the score 114 for 6 he peppered the boundary through cover and point to lift his side to 206, a good recovery after T&T had lost the toss and were sent in to bat.

Earlier in the innings, Dwayne and Darren Bravo teamed for T&T’s best partnership – 62 runs for the fifth wicket – to get their side back on course after a rocky start left them 45 for 4 in the 16th over. Gavin Tonge dismissed the opening combo of Evin Lewis and Nicholas Sookdeosingh and finished with 3 for 33.

Dwayne Bravo then dismantled the Leewards top order to capitalise on the strong finish from Cooper at the end of the first innings. Bravo beat Austin Richards for pace in the third over to trap the left-hander leg before without scoring and came back in the fifth to have Sherwin Peters edging behind for 11. Montcin Hodge was then late attempting a flick to midwicket to end the ninth, giving Dwayne his second lbw decision to leave the score 36 for 3.

Captain Rayad Emrit made further inroads in the middle order. He trapped Leewards captain Devon Thomas with a ball that kept low for a top score of 30 and had Orlando Peters caught behind for 21, before the spin combo of Sunil Narine and Imran Khan wiped out the tail as Leewards were bowled out for 157 in 45.4 overs. Dwayne Bravo finished with 3 for 40 while Emrit, Narine and Khan all finished with two each. T&T will now face Combined Campuses & Colleges in Friday’s second semi-final.

Jamaica clinched a semi-final spot against Guyana on Thursday with a nine-wicket win over West Indies Under-19 at Couva. Jamaica inserted the junior side in to bat and struck three balls into the game as Marquino Mindley had Shimron Hetmyer caught behind without scoring, one of his two wickets on the day.

West Indies Under-19 struggled to gain momentum with three batsmen dismissed for ducks. Tagenarine Chanderpaul and Shamar Springer with 25 each were the only players in the top seven to reach double-figures before they were dismissed in 47 overs for 137. After losing Nkrumah Bonner for 10, John Campbell and Jermaine Blackwood took Jamaica the rest of the way with an unbroken 118-run stand for the second wicket and achieved victory with 21.2 overs to spare.