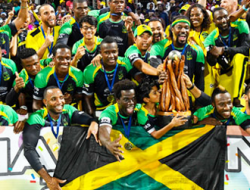 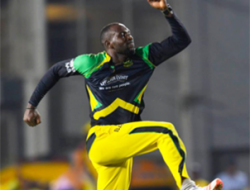 Coley, whose three-year stint with the West Indies side wrapped up on Monday, will now oversee a side which has failed to make serious inroads over the last couple of seasons.

Chief executive officer of the Windwards Cricket Inc, Gregory Shillingford, said Coley would be an asset to Volcanoes in helping to enhance their development.

“We are delighted to have Andre lead the Cricket Operations of the franchise, “ Shillingford said.

“He brings a lot of technical experience and we look forward to him turning around the fortunes of our cricket here in the Windward Islands.”

“We are happy to see the growth of our technical talent in and around the region,” said the former West Indies captain.

Coley, who played seven first-class matches for Jamaica as a wicketkeeper/batsman, is an accredited WICB Level 2 and Cricket Australia Level 3 coach.

His first foray into coaching saw him oversee the Jamaica Under-15 and Under-19 squads before he led the West Indies Under-19s to the 2010 Youth World Cup.

Volcanoes finished one from bottom of the six-team standings last season as Guyana Jaguars repeated as champions.