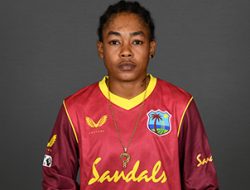 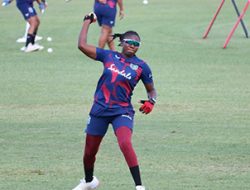 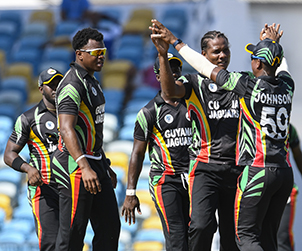 The upcoming CG Insurance Super50 Cup promises to be one of the most exciting cricket events in the West Indies in recent years.

This will be CG Insurance’s second tournament as the official title sponsor and with cricket making a return to the landscape, this will be the first professional tournament 2021 as fans eagerly await the 19 matches to be played in Antigua from Sunday, February 7 to Saturday February 27.

“It is very good that cricket is coming back to the Caribbean. Players will get the opportunity to showcase their skills and entertain our fans. It has been a trying 2020 for cricketers and the whole Caribbean, so it is really good that we have the CG Insurance Super50 Cup being played at this time and hopefully it can unearth some new talent.”

Where it all began: Inaugural West Indies 50-over competition

The 2021 edition will be the 45th time the tournament will be contested as it dates back to 1976 when the teams first played for the Gillette Cup.

The tournament began the year after the West Indies won the first ever Cricket World Cup in 1975 when Clive Lloyd’s team defeated Australia at Lord’s. In the inaugural showdown of the Gillette Cup, Barbados emerged victorious over Trinidad and Tobago in the final at Kensington Oval.

This edition’s line ups promises to be both competitive and entertaining with six (6) teams competing for 50-over bragging rights in the region.

A host of senior West Indies players are participating in the franchise line up this year.

Some of the other senior West Indies players to compete are:

Each of the six teams will play each other on a round-robin basis with the top four teams qualifying for the semi-finals and the opportunity to reach the grand final. Matches will be played at Antigua’s two international cricket venues – the Coolidge Cricket Ground (CCG) and the Sir Vivian Richards Stadium (SVRS). There will be 13 matches at CCG including the semi-finals and final, and 6 matches at SVRS.

Don’t miss a beat! Follow every match live with ball by ball updates in the Windiescricket.com Match Centre.

On the go? Not a problem! You can follow the radio commentary around the Caribbean or tune in to a live radio feed on the Windies Cricket YouTube channel.

We know it’s difficult not being there live to see your favourite team or players in action. You can get match updates and behind the scenes access on our social media channels!

If you happen to miss the action, not to worry. You can view the highlights on the WINDIES Cricket YouTube channel.

Close Call: A look back at one of the tournament’s thrilling matches

One of the most famous matches in Super50 Cup history was the 2010 final when Barbados and Leeward Island shared the title as they played to a famous tie.

Leewards batted first and made 139 but were able to defend it in front a colorful and supportive crowd at Sabina Park.

With just one run to win, Kirk Edwards was sensationally bowled by pacer Gavin Tonge for a solid 44 off 90 balls to set up a tense finale. A few balls later and with 12 overs still remaining, the last pair of Kemar Roach and Tino Best attempted a quick single, which resulted in the latter being run-out by keeper Jamar Hamilton’s direct throw from behind the stumps.

Fast bowler Lionel Baker ended with five wickets for 33 runs off 10 overs, while Tonge backed up with two wickets.

2019 Edition: The latest installment of the CG Insurance Super50 Cup

The event was last played in 2019 when the West Indies Emerging Players won in grand style after beating Leeward Islands in the final at Queen’s Park Oval.

COVID-19 related constraints dictate that the champions are unable to defend their title.

Over the years, the tournament has proven to be a great career launchpad for players.

Harding was selected on the West Indies Test tour of England in 2020 as a reserve and recently made his ODI debut in Bangladesh. Seales impressed in the ICC Under-19 World Cup last year and was among the reserves on West Indies tour of New Zealand late last year. Wicket-keeper Joshua Da Silva also played in the victorious team and has been elevated to the Test and ODI teams.

This year’s platform becomes more important as all West Indies players have the opportunity to start competing for places in the build up to the ICC 2023 World Cup.

CG Insurance Super50 Cup: The Most Wins and Stand Out Player Performances

Over the years we have witnessed some amazing performances.

Jason Holder, the West Indies Test captain will be leading the Barbados Pride and hoping to win the title for the eighth time for his team. The Pride last won the tournament in 2017, when the event was held in Antigua.

“We are really looking forward to the first tournament of the year. It’s great to be back and there is a lot of excitement in our camp. We are focused on winning. It will be important to hold our nerve under pressure and execute under pressure. The team that is most consistent alway wins, and we have to look at being consistent and win for our country and our fans.”