Guyana Back To Winning Ways, Thanks To Imlach’s 75 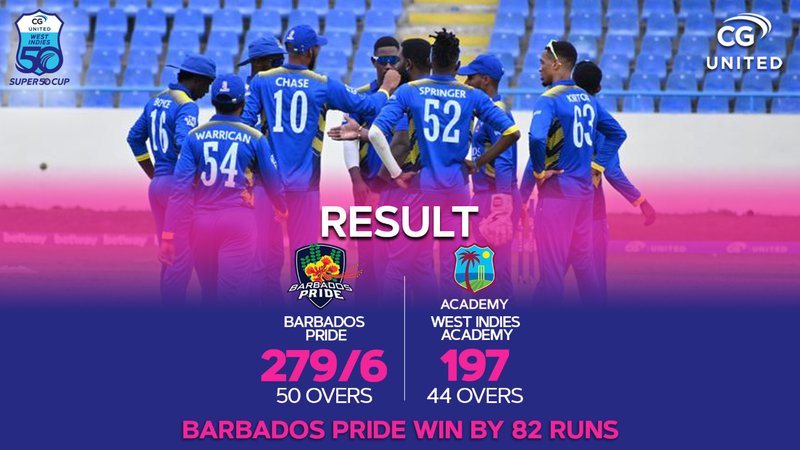 With the development side cruising at 98-1 in the 24th over in pursuit of 280 at the Sir Vivian Richards Stadium, the 34-year-old Carter intervened with his medium pace to claim 5-30 and send the innings crashing to 197 all out off 44 overs.

He made a double strike in the 24th over, removing Kirk McKenzie and Kevin Wickham, and the innings never really recovered despite opener Keagan Simmons’s 50 off 77 balls and Kevlon Anderson’s 36 from 44 balls.

Earlier, the experienced Hope brothers – Kyle (69) and Shai (50) – had both gathered half-centuries while rookie Zachary McCaskie made 54 as Pride got up to make 279-6 off their 50 overs.

Sent in, Pride flourished courtesy of a 102-run opening stand between Kyle Hope, who struck two fours in a 97-ball knock, and McCaskie who lashed three fours and two sixes in a 78-ball stay at the crease.

When McCaskie fell in the 25th, Kyle added a further 54 for the second wicket with Shai who then put on 31 with Carter (9) for the third wicket, before perishing at the end of the 45th – one of four wickets to fall for 35 runs.

Shamar Springer then propped up the lower order with an entertaining 41 not out off just 17 balls which included three fours and two sixes.