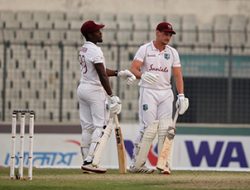 Da Silva And Joseph Star With Bat As West... 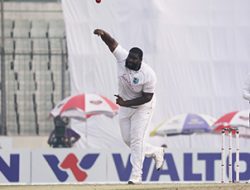 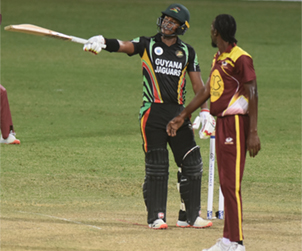 The left-hander sustained an injury close to the end but soldiered on to make 102 not out off 123 balls, with 12 fours and a six on another good surface at the Coolidge Cricket Ground. He was at the heart of his team’s win, inspiring a century stand for the fourth wicket with Chris Barnwell who smashed three giant sixes and a four, before he fell for 49 off 52 balls.

Johnson then added a further 54 in an unbroken sixth-wicket partnership with all-rounder Romario Shepherd (17 not out). Guyana Jaguars made 247-5 off 47.5 overs in reply to the home team’s 244-9 and the victory took them to eight points from two matches.

Kieran Powell, had earlier made 94 while his opening partner Ross Powell made 61, as the pair put on 152 for the first wicket but once they were separated, left-arm spinner Gudakesh Motie (4-45) and seamer Niall Smith (3-47) restricted the scoring to 98 runs in the last 20 overs.

Kieran Powell hit four fours and sixes off 97 balls before he was well taken by Johnson at extra-cover from a firm drive as Motie started his spell very well. Ross Powell hit eight fours in a 99-ball knock, before being caught on the deep mid-wicket boundary by Shimron Hetmyer off Motie, who was named the CG Insurance Man-of-the-Match.

“It was good to see the team home even though I was in a bit of discomfort. It was about getting in … and then look to rotate the strike. Chris came in and played well and that helped to take the pressure off me. It was important that someone in the top four batted through to the end,” Johnson said.

“We thought the pitch had some moisture so we bowled first and even though the Leewards started well they were going at under five runs per over. I thought Motie was exceptional and he pulled them back and we were able to limit them to a manageable score.”