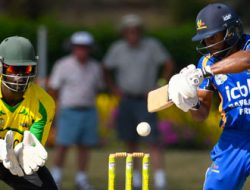 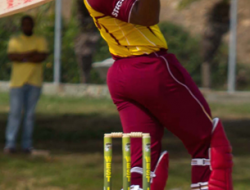 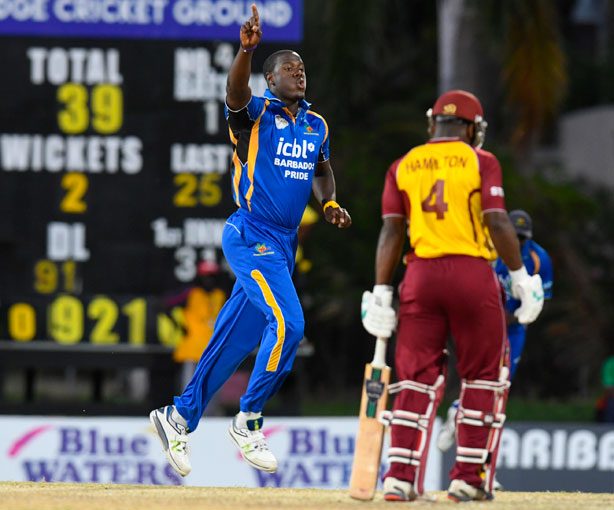 Chairman of selectors Courtney Browne has described Twenty20 World Cup hero, Carlos Brathwaite, as an “investment” in West Indies cricket and argues his inclusion to face England in the three-match One-Day International series should not be viewed purely in terms of recent form.

The 28-year-old all-rounder’s selection has been questioned in some quarters especially in light of his recent failures but Browne said Brathwaite was still at a very early stage of his development and the selection panel was focused on getting the best out of him.

“He’s a young player who is a very exciting player on his day, who hasn’t played a lot of international cricket either. He’s an investment and we all know if we get him right what he can produce for us,” Browne said in a radio interview.

“We would have seen him in the T20 World Cup but one of the things is if you sit and hear, say a coach or captain, speak about Carlos Brathwaite it is a bit different.”

“Not that I am saying that is in any way a reason not to perform but we have to take into consideration he’s still a young player at the international level. There’s so much things. We have a very young team and … the selection panel we sat and we talked about all players, and we all felt that Carlos Brathwaite was still someone that we can get a lot out of.”

Brathwaite shot to prominence last April when he smashed massive sixes off the first four balls of the last over to propel West Indies to a dramatic victory over England in the final of the Twenty20 World Cup.

Since those heroics, his form in ODIs has been ordinary, with a meagre 157 runs coming from 12 appearances at a lowly average of 15.7, while taking 17 wickets with his medium pace.

Overall, Brathwaite averages just 13 with the bat from 20 ODIs and has taken 21 wickets at 40.

Browne contended Brathwaite should not be measured against his exploits at the T20 World Cup, especially since he was still relatively new to international cricket.

“What you must understand is this is still a young man. If we sit and we expect Carlos to repeat what he did in the World Cup every single time, we’re going to fool ourselves,” the former Test wicketkeeper explained.

“Carlos needs to develop like any other cricketer. We’ve dug ourselves in a massive hole over the years, there’s no quick fix to our problem. It is about hard work. It’s about getting our players out there, developing our players.

“It’s not about ‘you’ve had five games, you have not performed’ so just throw [the player away]. It’s about helping players to develop and realizing their full potential.”

Brathwaite, who was elevated to the T20 captaincy last year, was a vital part of the Barbados Pride squad that won the Regional Super50 title last weekend in Antigua.

Batting down the order and mostly coming at the crunch, he managed 91 runs from eight outings and snared eight wickets.

Browne said it was important players like Brathwaite were given an extended run in order to prove themselves.

“When you look at our players, there are some who have been given a little extension because you want them to develop,” he noted.

“We don’t want to have a case where you have a whole bunch of players – like what you used to happen in the past – where we had so much players, all of them had games under their belts but none ever got a good extension or fair run to help them to develop. We need to develop cricketers.

“We are number eight in the world because we put ourselves there by playing bad cricket over the years by making bad decisions. We have to develop a team, it is hard work but the one thing I must say about Carlos and a lot of the other players, we have players now who actually want to play, we have players who are committed, they are self-starters, they work hard.

“When you see players who are doing that, you know that you will be able to create that environment that is conducive to producing cricketers that can perform consistently.”