Chanderpaul Stands Tall With 109 Not Out – Third... Man of the Match: Brandon King

Man of the Series: Glenn Phillips

KINGSTON, Jamaica – Openers Shamarh Brooks and Brandon King made superb half-centuries which lifted West Indies to a magnificent victory in front a supportive crowd on Sunday.

Bowling first for the third match on a row, West Indies limited New Zealand to 145-7 off their 20 overs. Brooks then stroked his maiden T20I half century (56 not out) and Brandon King entertained his fans on his home ground with 53 as the home side motored to 150-2 off 19 overs. The match ended in style when stand-in captain Rovman Powell hit a massive six as he made a cameo 27 not out.

King thrilled in his first match for West Indies in front of his home crowd, with four fours and three sixes as he posted an entertaining 102 for the first wicket with Brooks who counted three fours and two sixes in a calculated knock off 59 balls.

King raced to his fifth T20I fifty off 30 balls in the 12th over, Brooks took his time to raise his maiden half-century off 52 balls in the 17th over. King eventually holed out to deep square in the 14th over off seamer Tim Southee and Devon Thomas was dismissed in the next over for five. Powell then arrived to smash a 15-ball unbeaten 27 in a 37-run stand with Brooks, to see West Indies home as the fans celebrated the thrilling win.

Speaking after the match, King said: 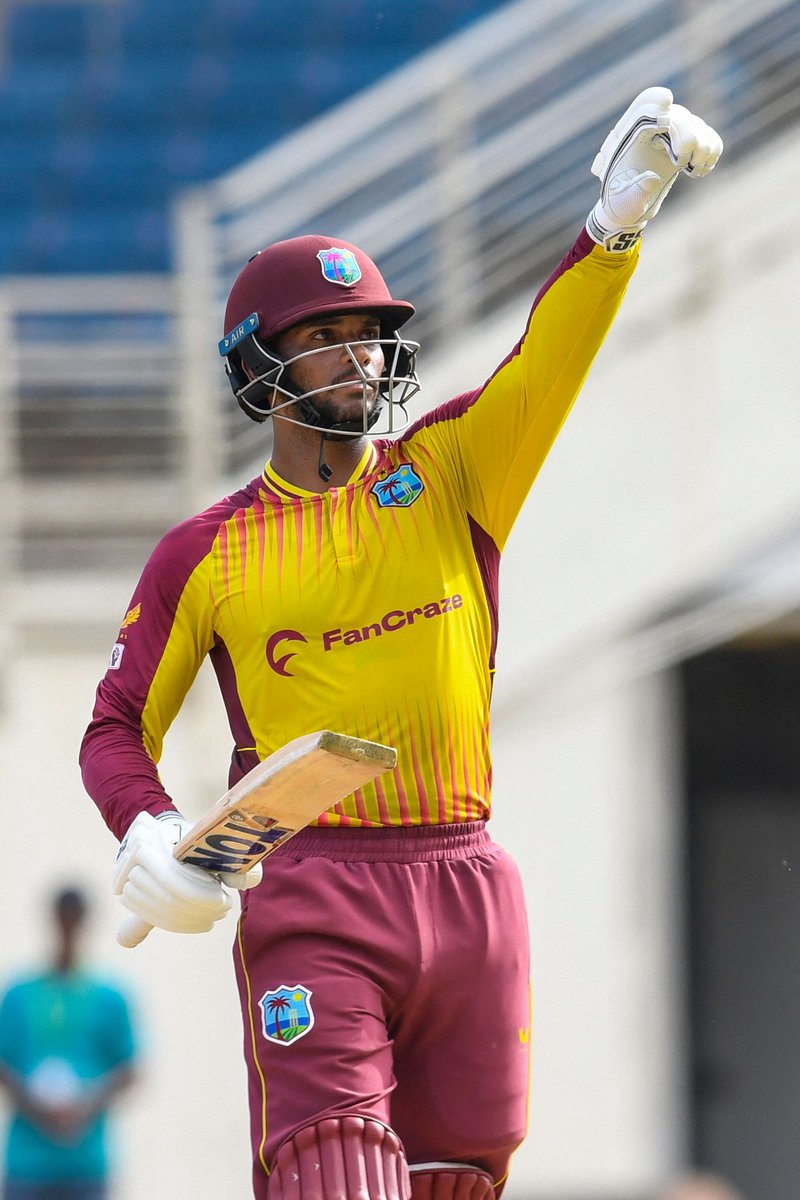 “I am obviously very happy to do it in-front of my home crowd. We approach the game the same way whether we are chasing 140 or 200. We just want to get out of the power play in a good position and we were able to do that today with no wickets lost. That gave us a good foundation to press on and win the game.”

Earlier, Glenn Phillips had earlier top-scored with 41 from 26 balls. Fast bowler Odean Smith again led West Indies’ attack with 3-29 while left-arm spinner Akeal Hosein supported with 2-28. The Black Caps laboured to 64-3 at the half-way mark and managed only 39 runs from the last five overs.

Phillips and captain Kane Williamson (24) put on a further 47 for the fourth wicket to push the score beyond the 100-run mark. Phillips hit four fours and a brace of sixes while Williamson spent 27 balls at the crease and counted two fours, before New Zealand lost a clatter of wickets at the back end to decline swiftly.

From here were move to Barbados where the teams will meet in the CG United ODI Series. The matches will be played at the historic Kensington Oval on Wednesday, Friday and next Sunday under lights. First ball is 2pm (1pm Jamaica Time).