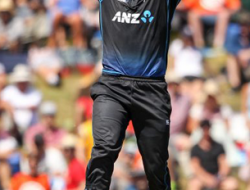 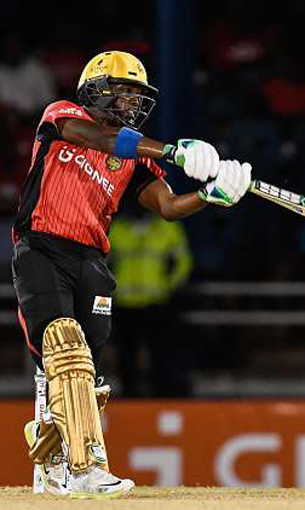 Left handed batsman Darren Bravo continued his good form as the Trinbago Knight Riders (TKR) won their second warm-up match for the 2017 Hero CPL against a TTCB XI at the Queen’s Park Oval on Monday night.

Bravo struck 72 the night before at the Lara Academy. He and Denesh Ramdin clobbered the TTCB bowling to take their team to 179 for four of their allotted 20 overs. The TTCB XI in reply could score only 147 for six losing the game by 32 runs.

TKR took first strike and lost three early wickets including first game centurion Colin Munroe for nine. Bravo and Ramdin came together with the score at 39 for three and added 96 runs for the fourth wicket off just 11.3 overs. Bravo scored 72 of 46 balls with four sixes and six fours, while Ramdin finished on a polished 70 not out of 43 balls with three sixes and eight fours.

The best of the bowlers for the TTCB XI was Guyanese Ronsford Beaton who took 2/21. The right arm pacer is on board the TKR for the CPL and this would have given skipper Dwayne Bravo a good feeling.

When the TTCB XI responded they got some useful starts but no one carried on for a big one and this affected them. Akiel Cooper made 33 not out of 23 balls with three sixes and a four, while Amir Jangoo who made 51 in the last game, scored 31 of 28 balls with three fours.

Tion Webster got 20 at the top of the order of 13 balls with a six and two fours. Bangladesh spinner Miraz Hassan took two wickets for TKR. On the night Bravo decided to give his spinners a run and used Hassan, Khary Pierre, Nikita Miller and Sunil Narine.

The first game of the 2017 Hero CPL for the TKR is against the St Lucia Stars on Friday in St Lucia with live coverage on CNC3 Television and Vibe CT 105.