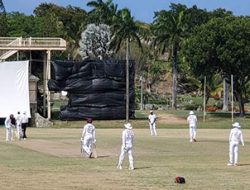 Batsmen Put Up Solid Numbers With Eyes On Sri... 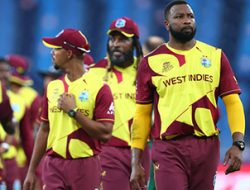 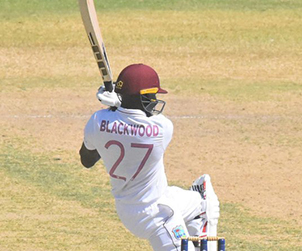 Jermaine Blackwood scored a solid half-century on a challenging day for his team as West Indies players continued their preparations for the upcoming Test series in Sri Lanka, on Tuesday.

Captain Blackwood batted with freedom and enterprise as he made 50 off 86 balls with 11 boundaries. He shared a 78-run stand with left-handed opener Kieran Powell, who made polished 42 off 86 balls with six fours. Blackwood became the first wicket for left-arm spinner Jomel Warrican when he was snapped up at short leg by Jeremy Solozano. Warrican ended the day with three wickets for 45 runs off 19 overs. The other two wickets were Kavem Hodge (16) well caught low down at slip by Shai Hope and Veerasammy Permaul (22), trapped leg-before wicket.

Left-hander Raymon Reifer has so far held the innings together with a patient knock of 40 not out off 119 balls in 143 minutes. He will resume on Wednesday looking for his second half-century in a row. At the other end is Rahkeem Cornwall on 27 not out, which has so far included six fours. The match continues at 9:30am (8:30am Jamaica Time).

The series is the second of six series, three at home and three away, that West Indies will play in the 2021-2023 ICC World Test Championship.