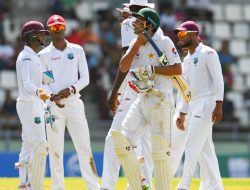 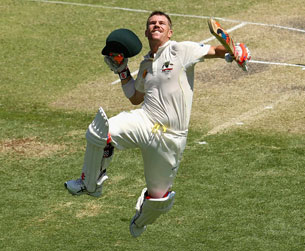 Australia vice-captain David Warner has declared the players are prepared to forego a home Ashes series to preserve the fixed revenue-percentage model at the heart of the dispute between Cricket Australia and the Australian Cricketers’ Association. He also said players would turn to domestic Twenty20 tournaments if pushed out of contract.

In a blunt riposte to the threat of the CA chief executive James Sutherland that players will find themselves unemployed if the ACA did not accept the outline of the board’s current pay offer and return to the bargaining table, Warner told The Age that all players were united in rejecting attempts to break up the foundation of the current MOU.

Warner, a key figure in the current dispute – as shown by his acceptance of the invitation to dine with the CA board late last year alongside the captain Steven Smith – also noted that cricket’s marketplace offered both international and domestic players plenty of opportunities to play T20 matches elsewhere if CA maintained its hard-line stance.

“If it gets to the extreme, they might not have a team for the Ashes,” Warner said. “I really hope they can come to an agreement… we don’t really want to see this panning out like that where we don’t have a team, we don’t have cricket in the Australian summer. It is up to CA to deal with the ACA. It’s obviously in their hands.

“We thought something along the lines of this might happen … it’s not come as a shock, but more the fact it has come so early. We won’t buckle at all, we are standing together and very strong, and as you can see from all the people that have spoken so far, we are all on the same wavelength and are sticking together.

The Caribbean Premier League and the English T20 Blast loom as possible platforms for Australian players to bide their time in the second half of the year. Under normal circumstances, CA must provide no-objection certificates for players to take part in overseas T20 leagues, but pushing players out of contract would open up the market in unprecedented fashion – not only in terms of competitions, but also the commercial and sponsorship rights of players.

“For us, as cricketers, if we don’t have contracts we are going to have to find some cricket to play somewhere else because that’s what we love doing, and we’re obviously going to look to maybe do something in the meantime, otherwise we don’t get paid,” Warner said. “A few boys might go over to play the Caribbean Premier League and I think there could be some of the England Twenty20s on as well. We want to keep participating for our country as much as we can, but if we don’t have a job, we have to go and find some cricket elsewhere.”

Last week it was revealed that the CA team performance manager Pat Howard had approached Australia’s top players – Warner, Smith, Mitchell Starc, Josh Hazlewood and Pat Cummins – with an offer of multi-year deals in exchange for no longer playing the IPLduring their leave period. Warner called this caveat “laughable”.

“It was quite laughable when I heard about it,” Warner said. “It is fantastic with the security [of a three-year deal] but you can’t just try and stop people from playing other tournaments. We understand where they are coming from, they would like their best players and contracted players to have that rest.

“I see it as a great opportunity to play T20 cricket, when they are scheduling T20 international cricket games when we are playing Test series – obviously there’s too much cricket being played internationally. [The IPL] gives us a great window to get the T20 format in.”

Both parties pondered their options on Monday, with the possibility of a meeting between the two negotiating teams pencilled in for Wednesday. However the ACA reiterated a preference for the joint appointment of an independent mediator to help resolve the present stand-off.